You are at:Home»Current in Carmel»Carmel Cover Stories»Looking for answers: CCS requests feedback, residents speak out on possible school closures 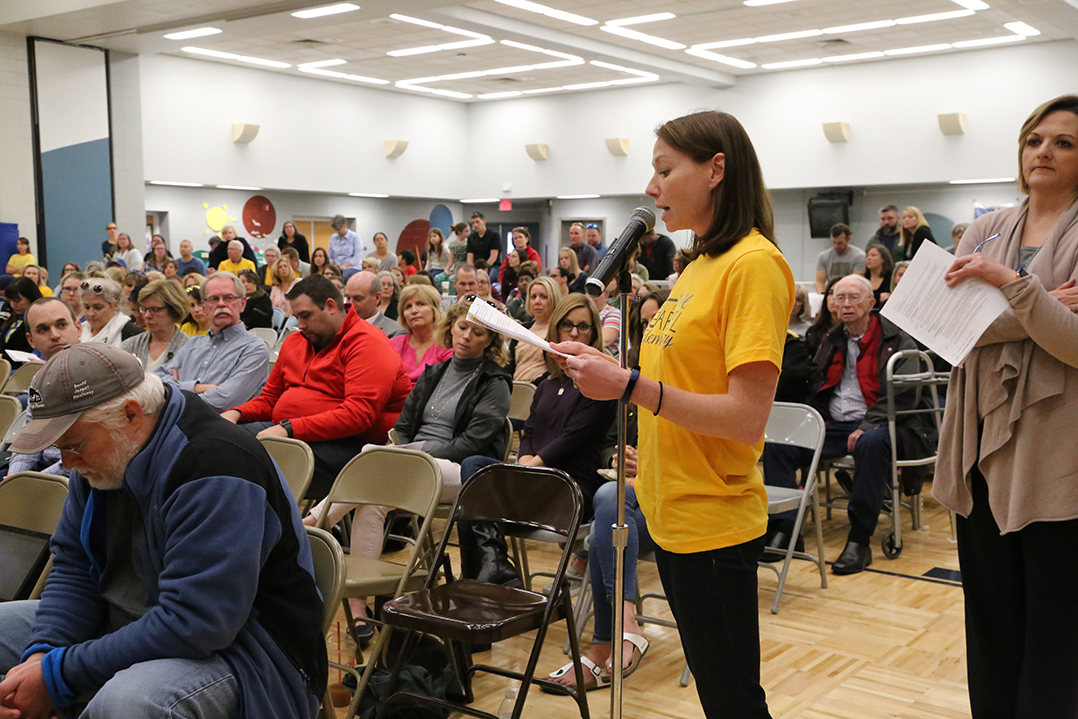 Carmel Clay Schools Co-interim Supt. Roger McMichael knows emotions run high when there is talk of closing a school or redistricting. It’s inevitable, he said, but it’s also a good thing because it means that people care.

A veteran school administrator, McMichael has had this discussion before, in Carmel and elsewhere. He knows he can’t remove all negative emotions, but he’s hoping to take at least one of them off the table.

“It is my expectation that there will be a certain number of people who right now are mad, and some of them will go from mad to sad,” he said. “If there’s something that changes their school or school location, you can be sad about that, but it doesn’t necessarily follow that you’re mad at anybody or an entity. If I’m mad about something, I think somebody did something wrong.”

Knowing it would be a controversial topic, McMichael initiated a discussion of declining elementary school enrollment at a school board workshop April 11. He said one solution could be closing one or two elementary schools and opening a new one on the west side of town, where the most growth is expected to occur. He identified Orchard Park and Carmel elementary schools as potential targets for closure, as they are the district’s oldest schools and in need of major renovations in the near future. But other campuses could be considered for closure if it makes more sense, he said. 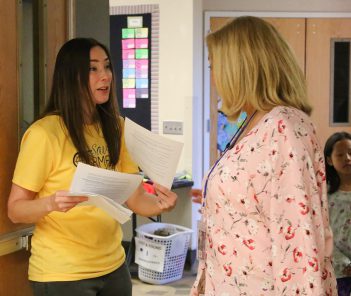 No decision has been made, and McMichael said he won’t make a recommendation to the school board – who will have the final say on any school closures or openings – until he feels he has enough feedback to understand what the community would like to see.

The district scheduled meetings with parents at both elementary campuses in April to present information on the aging buildings and declining enrollment numbers and gather feedback. And so far the majority of feedback has been clear: don’t close these two campuses.

“These two schools may not be historically significant, but as far as location and function, they still need to be preserved,” said Larissa Muellner, a parent of a Carmel Elementary student. “After decades of contributing to the vibrancy in the core of Carmel, it does not make sense to get rid of those.”

Enrollment in CCS elementary schools is already 800 students below capacity, and demographic projections predict a drop of nearly 900 more students by 2026. With each school holding between 530 and 750 students, McMichael said it’s fiscally responsible consider reducing the number of elementary school campuses, which cost approximately $2 million to run each year. Renovations cost anywhere from 50 to 90 percent of building a new school. A new building costs approximately $26 million and takes approximately three years, McMichael said.

Some parents have asked whether it would make more sense to close campuses with more empty seats that Orchard Park and Carmel, but because of redistricting those numbers could easily change, McMichael said.

“The issue is not which school has the least enrollment, because Woodbrook for example is well below capacity,” McMichael said. “It’s not really so relevant as to what the current enrollment is in a particular school, it’s where the kids are located.”

Projections show that enrollment is expected to increase 1 percent at Carmel Elementary and decrease 3 percent at Orchard Park by 2021, which is more stable than projected at other schools, such as Smokey Row (-14 percent) and Forest Dale (-11.8 percent).

The discussion will continue the first week of May with public meetings at 6:30 p.m. May 1 at Clay Middle School, May 3 at Creekside Middle School and May 7 at Carmel Middle School. McMichael said the discussion is one that affects everyone living in Carmel, especially taxpayers.

“It’s my responsibility to try to ensure the community and school board that we aren’t proposing to spend millions of dollars and then shortly thereafter decide we didn’t need to do that,” McMichael said. “We’re talking about a lot of money, people’s lives and moving kids around. All of those things are very important.”

Parents of students at Orchard Park and Carmel elementary schools shared a variety of concerns at public meetings held in April.

“For many of us, (walkability) is not just a buzzword. It’s about quality of life. Walkability has an impact on our physical and emotional health, in addition to affecting personal real estate investments and assessed property value within the City of Carmel.” Sarah Perkins, Carmel Elementary parent

“It scares everything out of me that (walking my kindergartener to school) might be taken away from us,” Stuart Drake, parent of a student at Orchard Park

“That is not a first step to welcome this neighborhood to the Carmel community, by saying, ‘Congratulations, you’re in Carmel (now), we’re going to close your school,” Laura Moore, Orchard Park parent and resident of Home Place, which Carmel annexed March 1

Parents have created Facebook groups and petitions to show their support for keeping Orchard Park and Carmel elementary schools open.