You are at:Home»Current in Zionsville»Zionsville Community»INDOT planning upgrades to I-65 interchanges in Whitestown 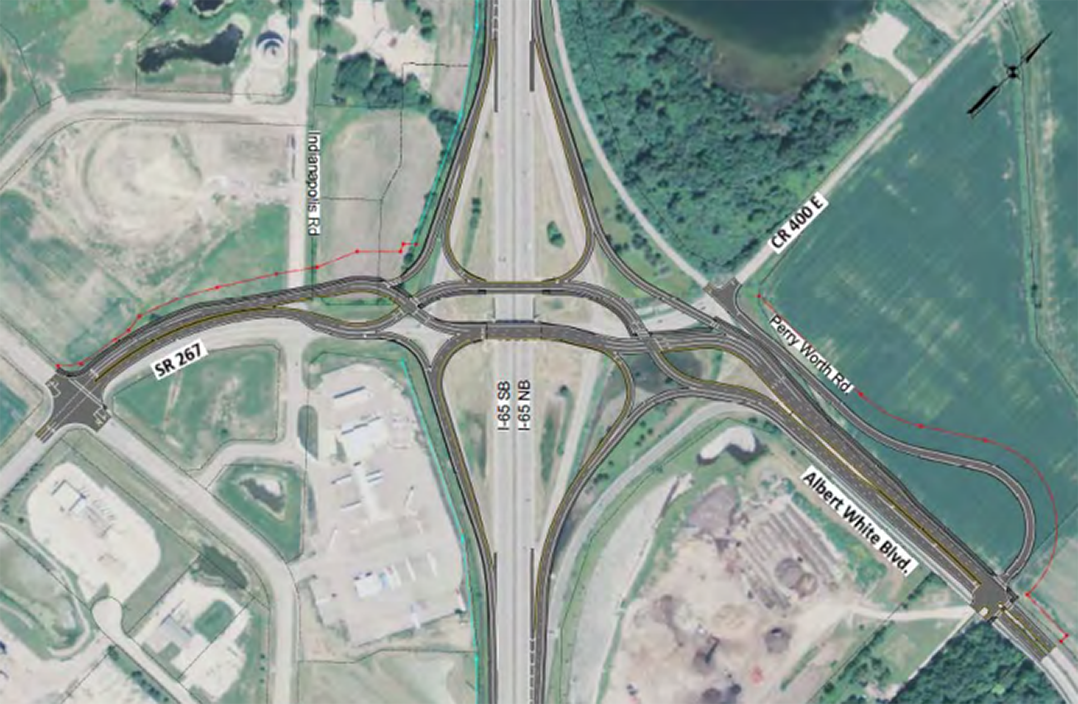 A diverging diamond interchange is proposed at State Road 267 and I-65 in Whitestown. (Submitted photo)

INDOT is planning for interchange upgrades along I-65 in Whitestown, the state’s fastest-growing community.

Proposals include constructing a diverging diamond interchange at State Road 267 and I-65, a new interchange at CR 550 S and I-65 and ramp widening at Exit 130.

The plans were met with positive feedback at a May 22 INDOT public meeting in Whitestown.

“People in the audience were very happy about the reconfiguration at Exit 133 (State Road 267), especially,” said Tanya Sumner, Whitestown director of public relations. “It’s badly needed and will really help prevent those backups we see now at 267. Adding a stoplight at Indianapolis Road is also something residents have been asking for, so all (are) very positive moves.”

The work, which will be paid for with federal funding, is the result of an interchange capacity analysis, according to Debbie Calder, communications director for INDOT’s Crawfordsville district.

“The new interchange at CR 550 diverts a significant amount of traffic from not only the SR 267 interchange, but also the Whitestown Parkway interchange,” Calder said. “This diversion improves the operations of the corridor so much that a less expensive interchange at SR 267 can be constructed and still provide the desired level of service.”

Sumner said projects such as these are “huge” for Whitestown.

“We’re very grateful to INDOT for proactively planning for future growth and getting ahead of any potential traffic problems,” Sumner said. “These projects will greatly speed up the flow of traffic, especially from our industrial areas.”

If the project is approved, INDOT expects to work on right-of-way acquisition in 2019. Construction on the $40 million interchange project is projected to begin in 2020 and is  expected to take two years to complete.