You are at:Home»Current in Zionsville»Zionsville Community»Commuters ask INDOT to rethink plans for I-65, I-70 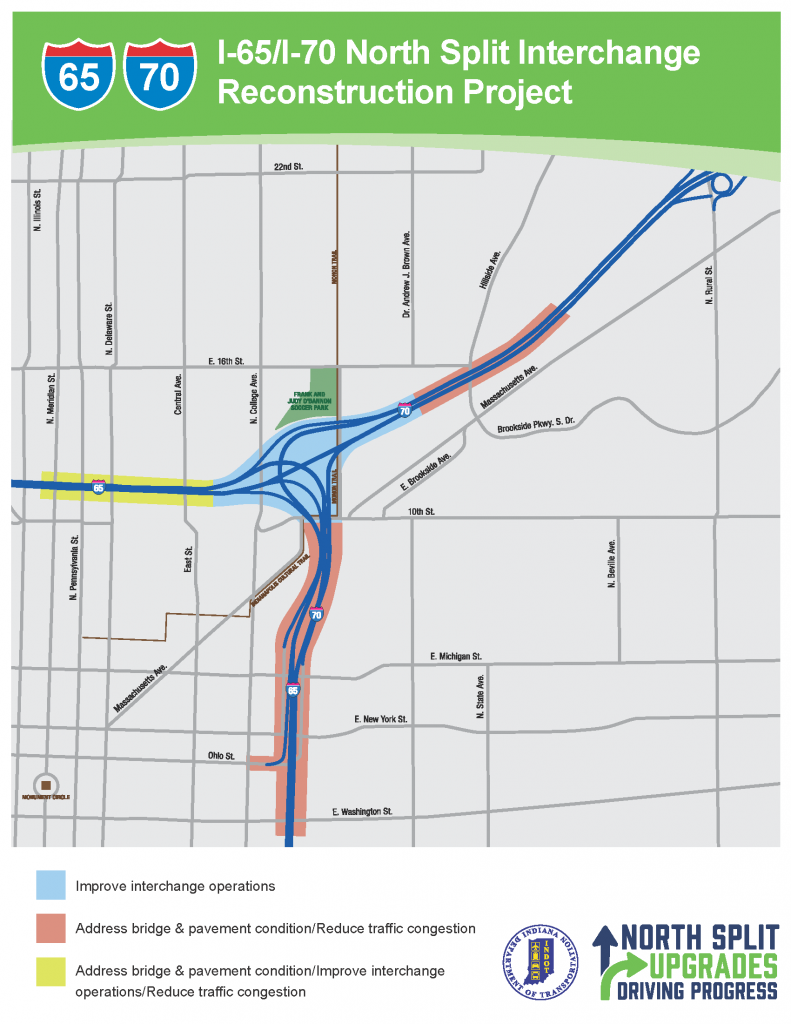 This map shows INDOT’s plan to redevelop the I-65 and I-70 north split. (Submitted photo)

Following nearly five decades the I-65/I-70 inner loop in Indianapolis is wearing down.

After reviewing plans to replace the infrastructure, some downtown business people are concerned with INDOT’s proposal to erect 25-to-30 foot walls around most of downtown to widen lanes on the north, east and south side of downtown. Many of them who formed the Rethink 65-70 Coalition are convinced this would create a devastating effect on commerce and livability. 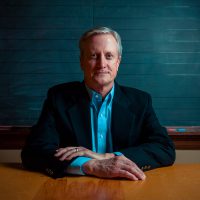 “We do not dispute that the interstates are nearing the end of their expected life,” Knapp said. “We also understand that some of the bridges and road decks need immediate attention. So, on that level, we call on INDOT to immediately address the near-term maintenance and safety issues which will extend the life of the interstates for three to five years. But this stabilization work should not go outside the current lanes of the interstates.”

“(The I-65/70 north split) has two times the accident rate compared to other urban interstates around the state,” Manning said. “We’ve seen just shy of 1,500 crashes there in the last five years.”

Manning said INDOT has been meeting with the public and interested groups – including the Rethink 65/70 Coalition – to refine plans for the project.

“What is unique about the Rethink group and this specific project is they brought some really high level concepts to the table as it relates to the entire downtown system,” Manning said. “It may be worth a collection of civic-minded groups taking a look at further and seeing if they are worth exploring in greater detail, taking a greater look at how we possibly would fund them, whether they would be constructible, whether the engineering is feasible.”

“This project will define the core of the state’s biggest economic engine for the next 50 years,” Knapp said. “We don’t want INDOT to simply double down on a highway idea from 50 years ago, one that divided and destroyed so much of downtown and the downtown economy. This project holds the possibility to transform the capital city into a mecca for the 21st century with businesses wanting to relocate or stay in a thriving urban center.”

Knapp said the Rethink 65/70 Coalition is not proposing any specific plan at this time but sees so much opportunity that it is calling on the governor to recognize that this matter is bigger than traffic and  INDOT’s scope of responsibilities.

“We need the governor to convene a regional team to study and develop a plan to truly get us to the next level in how we handle highway traffic in the state’s urban core,” he said.

Knapp said the Rethink 65/70 Coalition is made up of a wide array of people and organizations including downtown business owners, civic organizations and more than 28 neighborhood associations. Knapp said more organizations are asking to join the group every day.