You are at:Home»Current in Zionsville»Zionsville Community»Whitestown once again tops list of Indiana’s fastest-growing communities

For the seventh consecutive year, Whitestown was the fastest-growing community in the state, according to the Indiana Business Research Center at the Indiana University School of Business. The report found the town’s population grew 7.6 percent in 2017, and town officials said that’s because Whitestown is a “very hot location right now.” 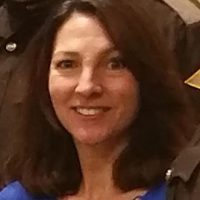 “People want to live here. Builders can’t seem to build homes fast enough to meet the demand, which is a great problem to have,” said Tanya Sumner, the town’s director of public relations. “We’re easy to get to, it’s an easy drive to downtown Indianapolis from Whitestown, and we have great schools and a safe community. Whitestown is just a great place to call home.”

“Due to our great location and accessibility to I-65 and other area interstates, Whitestown is an attractive area for businesses,” she said. “Our residential and retail growth continues to boom as well. All are drivers of the others.”

Town officials have planned ahead for continued growth.

“Our infrastructure is already in place to support the growth. That’s a big deal. That means we have a shovel-ready community, so to speak,” Sumner said. “We’ve also gained a reputation for being easy to work with when it comes to building and permitting.”

Whitestown is home to about 9,000 residents. Sumner said town officials believe Whitstown will max out at about 25,000 residents.

“Our engineers project we will likely hit the 12,000 mark by the next census in 2020 and will probably have a population of about 25,000 by the 2030 census,” she said. “So, we’re projecting several more years of strong growth before we’re done.”

Westfield was the second-fastest growing city with a 5.3 percent population increase in 2017.