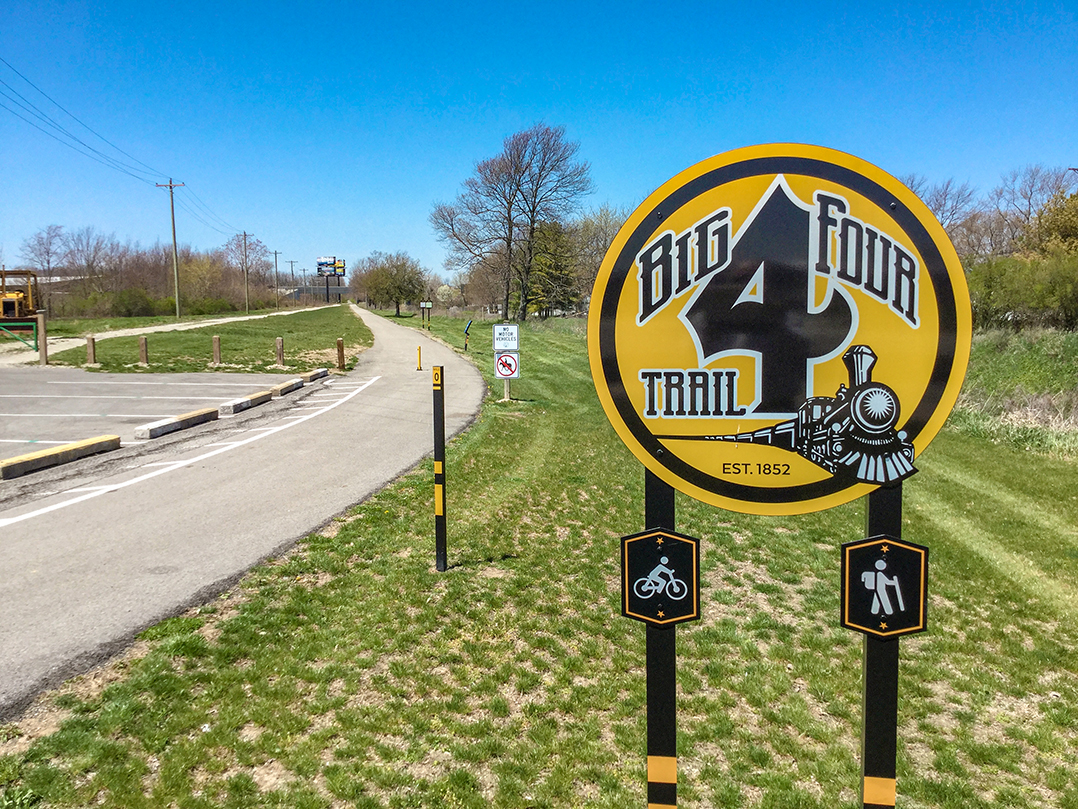 This portion of the Big 4 Trail runs from Lebanon to Thorntown. Zionsville, Whitestown, Thorntown and Lebanon are working together to connect the Big-4 Rail Trail from Indianapolis to Lafayette. (submitted photos)

Zionsville, Whitestown, Thorntown and Lebanon are working together to achieve the goal of connecting the Big-4 Rail Trail from Indianapolis to Lafayette.

The Big-4 Rail Trail refers to the historical railroad that traveled through Cleveland, Cincinnati, Chicago and St. Louis from 1889 to 1930. Zionsville was the first to develop a trail along the rail corridor in the 1990s.

The municipalities have been building out various sections of the corridor for years, but movement toward the bigger goal has increased since 2016.

“The main thing is that the people in Boone County, the various entities, have really started to come on board, now more so than at any other time for this trail system,” said Dan Warkentien, president of the Friends of Boone County Trails nonprofit.

Zionsville officials are working to extend their portion of the trail south to Zionsville Road and north to 800 East.

Parks Director Matt Dickey said the budget for the two extensions, including estimates for land acquisition, design, construction and a possible trailhead at Zionsville Road, is between $600,000 and $700,000. The estimates have been submitted to elected officials as part of the five-year planning process.

“As far as needed funding, it’s just for the council to decide what parts they wish to fund along with the other funding requirements all the other departments may be submitting,” he said. “Timetable will be based on how much money they send to which projects.”

After reaching 800 East, there will be a half-mile left to connect with Whitestown. Dickey said the strip of land still needs to be purchased, and the owner is unwilling to sell.

Whitestown’s portion of the trail will stretch 2.5 miles when the section going south toward Zionsville is complete. Parks Director Nathan Messer said the land has already been acquired, so he plans to focus this year on designing the trail and securing funding based on that design.

The corridor between Whitestown and Lebanon is more difficult to tackle. It’s a 3.7-mile piece of land that must be purchased. Messer said it’s a straight shot on the rail corridor, but if the town has to divert the trail’s direction because of unwilling sellers, it becomes longer and more costly.

“We hope to get it done and be able to acquire the land to build through, but there could be some obstacles in the process,” Messer said. “We also want to work with the landowners and if they have concerns about the trail, trying to address those concerns is part of it.” 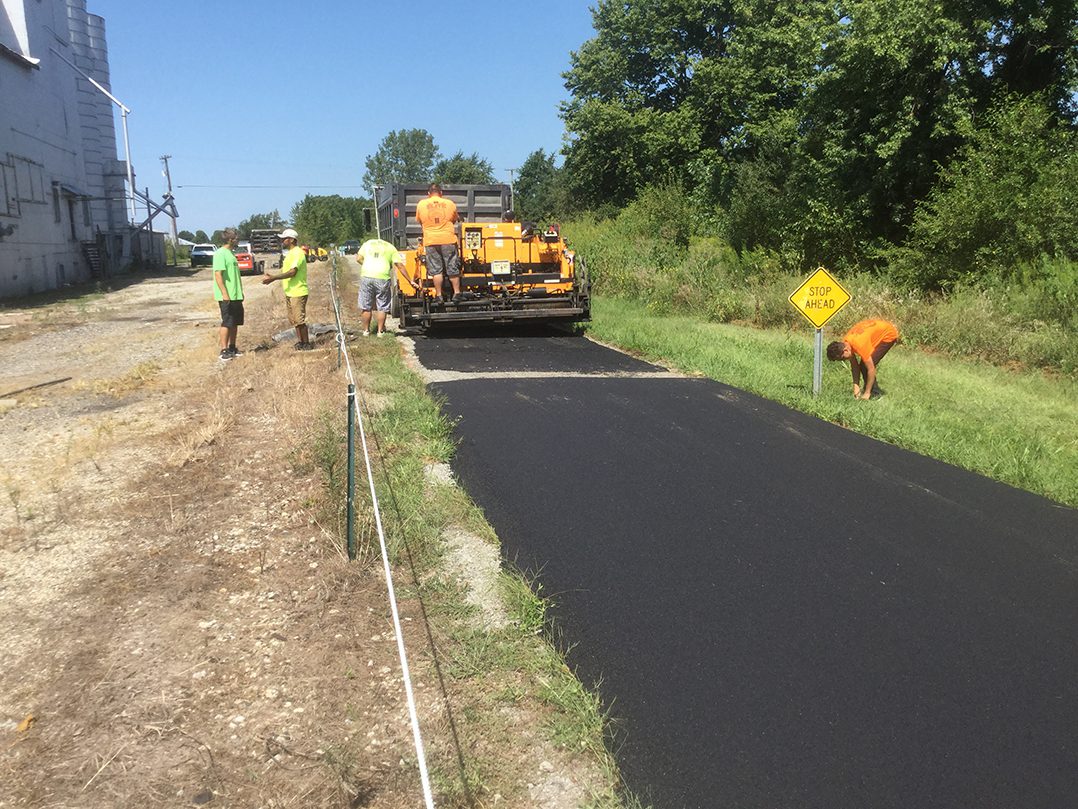 Construction workers put down pavement for the Big 4 Trail in Hazelrigg, a town between Thorntown and Lebanon.  (submitted photos)

Other gaps along the trail include Thorntown to Colfax and Colfax to Lafayette. Lebanon’s portion requires lengthy design because the rail corridor travels directly through town.

Warkentein said Lebanon is preparing to pave a half-mile to the western edge of its township. The trail group recently donated 1.5 miles to Coalfax, which will be paved this summer.

Friends of Boone County Trails is working with the four municipalities to encourage Boone County to create a parks board that will take over administrative duties and lead the development of the trail system. Warkentein said the trail group’s goal is to  dedicate its time to fundraising for amenities rather than maintaining the trail.

Since 2006, The Big-4 Rail Trail has been a State Visionary Trail Route, meaning the state strongly supports the development of the trail system.

Bob Bronson, chief of the State and Community Outdoor Recreation Planning Section within the Indiana Dept. of Natural Resources, said the department has awarded five grants to fund different projects along the trail.

“The trail movement since particularly ( former Gov. Mitch) Daniels came in has progressed much more actively,” he said. “It used to be much more controversial.”

Bronson said community members often worry about litter, home disruption and crime on trails, but those concerns have decreased.

“To me, all the reasons like economic development, health, socialization and brain drain, all the positive things about trails are coming to fruition,” he said. 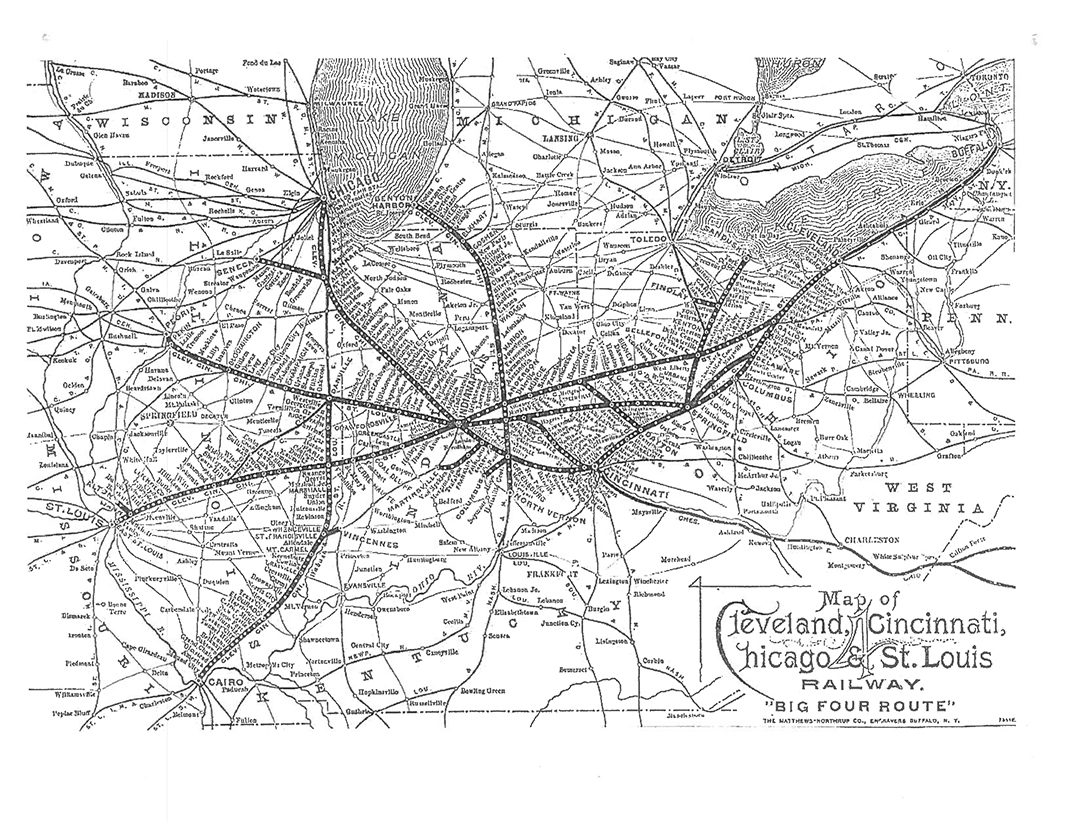 A map shows the Big Four Route, a historical railroad that traveled through Cleveland, Cincinnati, Chicago and St. Louis from 1889 to 1930. Zionsville was the first to develop a trail along the rail corridor in the 1990s. (Submitted image)