You are at:Home»Current in Carmel»Carmel Community»Home Place resident to seek Carmel school board District 3 seat

A stay-at-home father from Home Place has announced that he is running for the District 3 seat on the Carmel Clay Schools board of trustees.

Eric Morris said he’s been debating whether or not to run for the last several days and that he made the decision after being unable to find anyone else in District 3 interested in running. He said he’s disappointed with how many of the current school board members have handled recent issues, including a decision to close Orchard Park Elementary, which serves Home Place residents. 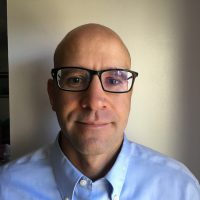 “I just do not think that we who live in this great district are being well served right now by the current leadership,” Morris said. “I just don’t see (the school board) leading the way Carmel should be led.”

His decision comes days after the school board voted to rebuild Carmel Elementary at its current site and relocate Orchard Park Elementary to Clay Center Road, five miles away. Morris said his platform includes not moving ahead with those plans until a demographic study is complete, reducing headcount in the central offices and keeping high-ability students in their own classrooms.

“We have a good school system despite some leadership hiccups recently,” said Morris, who has not previously run for elected office.

Morris has lived in Home Place for six years. He has three children who attend Highlands Latin School. He said that he may be able to take a “less emotional view” on the school board since his kids aren’t enrolled in CCS.

The District 3 seat is currently held by Michael Kerschner, who did not respond as of press time to an inquiry about whether or not he will run again. Candidates may file to run between July 24 and Aug. 24.