You are at:Home»Current in Noblesville»Noblesville Community»Smith leaves legacy at Guerin Catholic 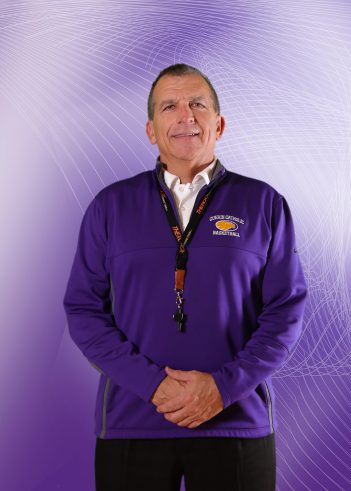 “When I retired from teaching in 2016, I learned I didn’t have the passion to go to practice,” said Smith, who announced his coaching retirement June 5. “It used to be part of the school day. So at 3:05 I could go from my classroom teaching to go teaching basketball until 6 o’clock every night. I lost that passion when I got in the private sector. It wasn’t the same passion as it was as part of my 33 years of teaching.”

Smith, 57, a Noblesville resident, had retired as a Carmel High School accounting teacher in May 2016. He had been coaching in Carmel Clay Schools since 1998. A month later, he took a job as a business development specialist for Performances Services. A month ago, Smith was named to the board of directors Community First Bank of Kokomo. Smith said the group recently broke ground for a bank in Westfield, the first in Hamilton County.

“I did it for a long time and enjoyed it,” Smith said of coaching. “But it was time.”

Smith said coaching at Guerin reminded him of his days at Manchester.

“Everybody gets into everything at Guerin,” Smith said. “Everybody knew everybody. It was an outstanding situation.”

“Coach Pete Smith was a great basketball coach, but more importantly, he transformed the lives of so many student-athletes, fellow coaches and families in the Guerin Catholic community,” Guerin athletic director Matt Lane said.

Smith will miss the relationships with students as well as the competition.

“I’ll miss developing coaches,” Smith said. “Sixteen of my coaches have gone on to be head coaches, including (Boston Celtics coach) Brad Stevens. He was with me for one year (as a volunteer coach) before we got him into Butler (as an assistant). At Guerin, a lot of my former players came back to be assistants after they got done with college. That was pretty fun.”

He and his wife Vicky have three grown children and three grandchildren.