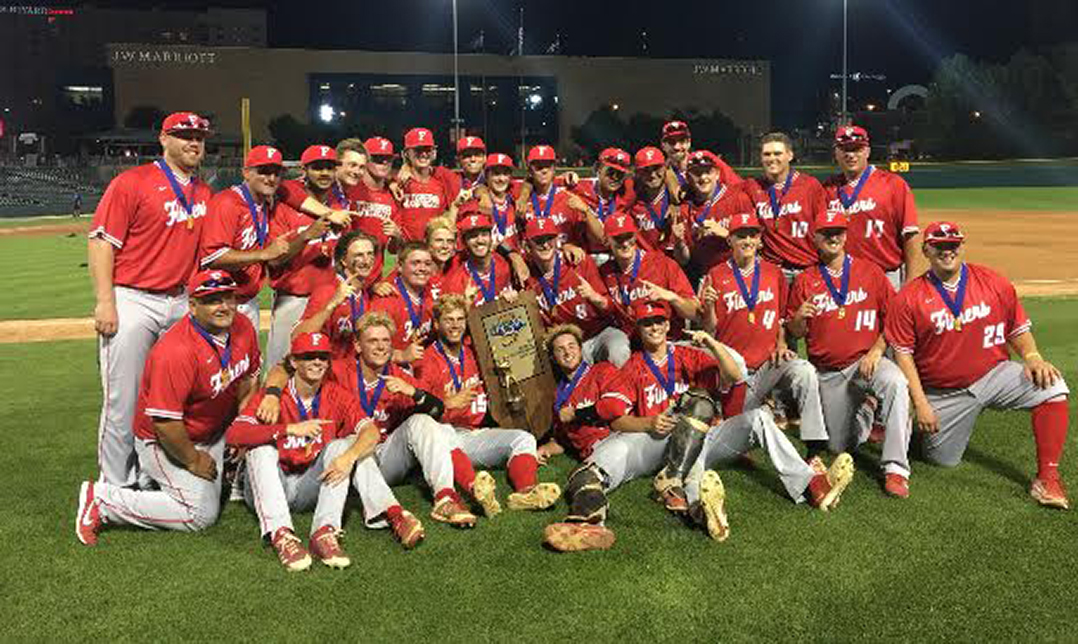 “This group was extremely close. They loved one another and competed for one another,” Cherry said. “They didn’t care who got the credit as long as they won. I feel like this atmosphere has been growing in our program each year. Last year’s group was really close as well. The guys that returned picked up where they were last year and continued the same atmosphere.

“We were definitely very talented this season, but I’m convinced the teams that are the closest, that love one another and are selfless, are the teams that can find the most success. That is what this group was.”

A balanced lineup was a crucial part of the Tigers’ success.

“There was no room for opposing pitchers to breath,” Cherry said. “If you were able to get past one guy, then you had to face another one and another one and another one. We had three players in our lineup break our single-season RBI record, and all three of them did it before the end of the regular season. We had six guys with 23 or more RBIs, and six guys with at least two home runs, including four guys with four or more. Then, you had guys towards the bottom of our lineup that kept getting big hit after big hit.  I know I wouldn’t have wanted to call pitches against our lineup, especially with guys on base.”

Luke Albright, who is headed to Kent State University next season, got the win against Cathedral to finish 9-2.

“Luke is a workhorse,” Cherry said. “He wants the ball, wants to be in big games, never wants to come out but is also an unbelievable teammate and understands game situations and when we needed to make a pitching change.”

Grant Richardson, an Indiana University recruit who was 5-0 as a pitcher and batted .307, got the save. Others Tigers headed to play in NCAA Division I college baseball next season are Craig Yoho, Houston, and Matthew Wolf, Navy. Wolf, who earned the Mental Attitude Award for 4A in baseball, hit .410 with 35 RBIs. Yoho hit .402 with five homers.

Alex Jamieson, who will play for Huntington in the NAIA next season, led the team with six homers and 41 RBIs.