You are at:Home»Current in Carmel»Carmel Community»Hamilton County deputy to bike throughout state with Cops Cycling for Survivors

Hamilton County Sheriff’s Office Deputy Bryant Orem became involved in Cops Cycling for Survivors in 2010 when a small group of riders from his department decided to join on the first day. 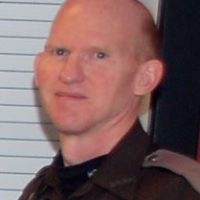 “We rode to Greenfield the first year, and each year since then we have added more riders and more miles to represent Hamilton County,” Orem said. “The county has been represented by up to 15 members of the Sheriff’s Office as well as friends of law enforcement who have ridden.”

Orem, a Westfield resident and Cops Cycling for Survivors board member, will take part in the 13-day ride, which starts July 9 with the ride from Indianapolis to Columbus, Ind. Ten riders are participating from Orem’s department.

In past years, Hamilton County riders have ridden for one day or up to three days.

“This year, I will be riding the entire 13-day trip, which takes a loop of about 1,000 miles around the state,” he said. “There are 15 riders this year who have committed to biking the entire course. As we travel around the state, we rely on the generosity of those we meet in order to keep expenses to a bare minimum.”

“The outpouring of support during these periods is tremendous and truly appreciated,” Orem said. “The survivors have to deal with the loss of their heroes beyond the immediate event, and that is where we step in with Cops Cycling for Survivors.  Our mission is two-fold, to honor the sacrifices of our fallen officers and to support the survivors who are left behind.  We are there for survivors from the funeral through the often years-long court hearings and beyond.”

Each year, the riders’ support truck honors officers killed in the line of duty from the previous year. This year’s truck is in special memory of Sgt. Joseph Cox, Jr. of the Allen County Sheriff’s Office and Lt. Aaron Allan of the Southport Police Dept. Cox suffered a fatal heart attack on Feb. 12, 2017, during his tour of duty. Allan was killed by gunfire on  July 20, 2017.