You are at:Home»Current in Zionsville»Zionsville Community»Pam Buchanan vies for circuit judge

Voters in Boone County will have two choices for Boone County Circuit Judge in November. Pam Buchanan, Zionsville resident and attorney, is running as an independent against Republican Lori Schein. They are vying to succeed J. Jeffrey Edens, who is retiring when his six-year term expires. 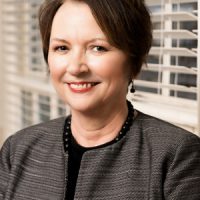 “It’s time for attorneys in the area who want to serve as a judge to be able to run for judge on their merit and experience,” Buchanan said. “I believe a lot of residents in Indiana think it’s time to take politics out of being judge and vote based on merit and experience rather than party affiliation. I just am running based on my experience and want to serve everyone in the county, not just those of a particular affiliation.”

Buchanan’s experience includes a 24-year legal career in Boone County. She has worked as a child support prosecutor, a criminal prosecutor, head prosecutor for Boone County and as an attorney. She opened her private practice, Buchanan & Bruggenschmidt, in 2003.

“I have more experience than the other candidates who ran against each other in the primary,” Buchanan said. “I believe I would be a good judge. I have done pretty much every other thing in the legal field. I’ve really dealt in all aspects of the law, and all these types of cases are going on in this court.”

If elected, Buchanan would serve a six-year term.

“I think it’s time for our county to take a more serious look at the opioid problem here,” Buchanan said. “It seems that every class of citizen in the county knows someone or has experienced opioid addictions or problems. The problem spins off in to more crime if it’s not addressed head on.”

Buchanan would like to see a drug court in Boone County with a treatment program to treat the symptoms of drug addiction. She said it would keep families and lower the crime rate.