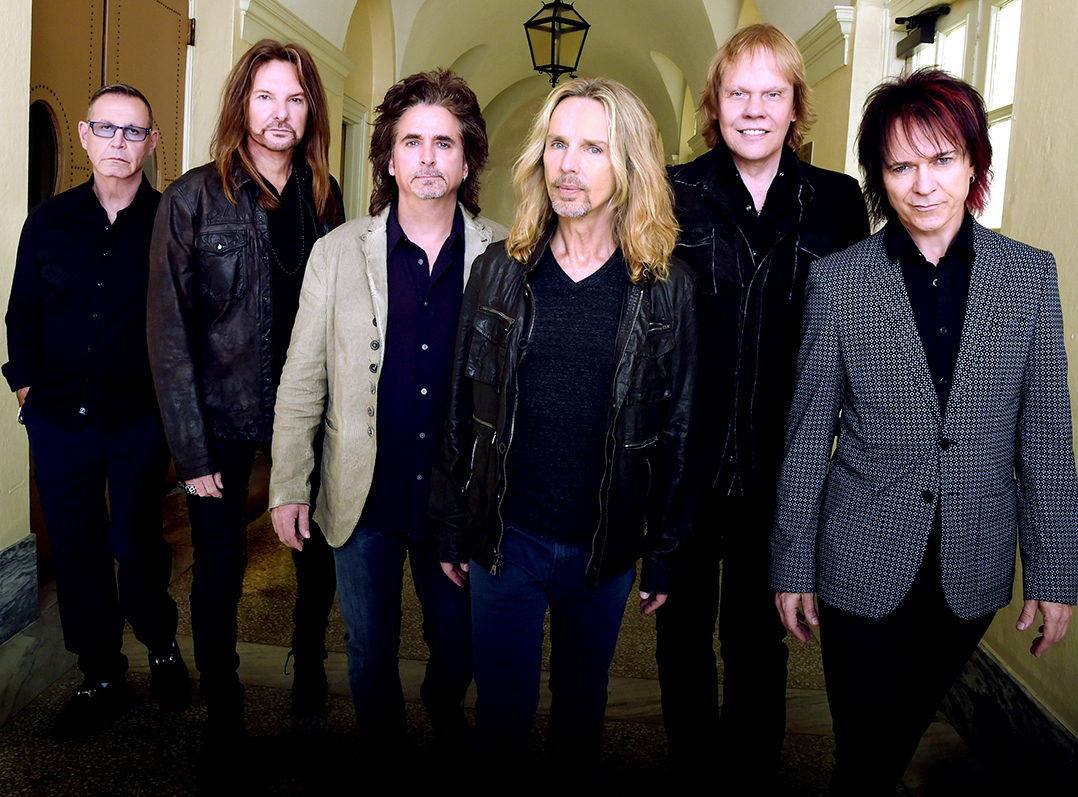 Styx lead vocalist Lawrence Gowan surprised himself with how many Joan Jett songs he knew.

Styx is headlining a tour with Joan Jett and the Blackhearts and Tesla at 7 p.m. July 11 at the Ruoff Home Mortgage Music Center in Noblesville.

“The tour is exceeding expectations, although we did have high expectations for it,” Gowan said. “We’ve toured with Tesla in  the past and we’re devoted followers of (that band). Joan Jett is the new factor and new part of the recipe. I love playing with her band because it’s such a visceral rock thing and everyone knows the words to so many of her songs. It’s amazing. I thought I only knew one or two songs. I actually know about 10. You discover that when you watch her show. It’s a completely well-outfitted rock machine she brings with her on the road.

“Then, of course, it’s the Styx extravaganza that we continue to elevate each year.”

Styx is touring in support of “The Mission,” which was released in June 2017 and is the band’s first new studio album in 14 years.

“It’s been on Billboard’s classic rock charts for almost an entire year,” Gowan said. “We love seeing the young people out there wearing their ‘Mission’ T-shirt and jumping up when we play ‘Radio Silence.’ It validates we made the right record for this chapter of our career.”

Drawing much attention to Styx is playing “Mr. Roboto,” which was part of the 1983 “Kilroy Was Here” album, which hasn’t been performed on tour for years. Following the rock opera concept album and tour, Tommy Shaw left the band to pursue a solo career. Soon after, the band broke up.

The band reformed in 1990 without Shaw but with then-primary lead vocalist Dennis DeYoung, who left in 1992. Shaw and DeYoung returned to Styx in 1995, but the band decided to replace DeYoung with Gowan in 1999 when DeYoung couldn’t tour because of health issues. James “JY” Young and Shaw had long disagreed with DeYoung about the band’s direction.

Gowan said he had go to his Styx history class to understand why the band didn’t play “Mr. Roboto,” which was written by DeYoung.

“I have three professors with Tommy Shaw, James Young and Chuck Panozzo,” Gowan said. “It was never that song but always the experience of that tour. I can imagine they were young then and it was a grueling recording and touring schedule they were on back then. There is bound to be friction, and one wrong thing can be the tipping point and they need to go to the neutral corners for time out. The experience was hard on the whole band. But enough time has passed, and let’s face it, “Mr. Roboto” is a song that has lasted for decades. It’s part of the cultural reference of so many people around the world. It makes sense for us to play it.”

Gowan said the band rehearsed it and recorded it and decided it was strong.

“It doesn’t totally sound out of place with our three to four songs we are playing from ‘The Mission,’ Gowan said. “It’s an iconic song from our past into the show that people aren’t really expecting. It goes so well in the show, there is no way we’re going to take it out.”

“When you get inside a song, deconstruct it and put the pieces back together, it’s amazing how deeper your admiration for the piece can be,” Gowan said. “Once I did that, I really started to feel a great connection to the piece.”