You are at:Home»Lifestyle»Travel»Column: Monticello:  Symbol of enlightenment 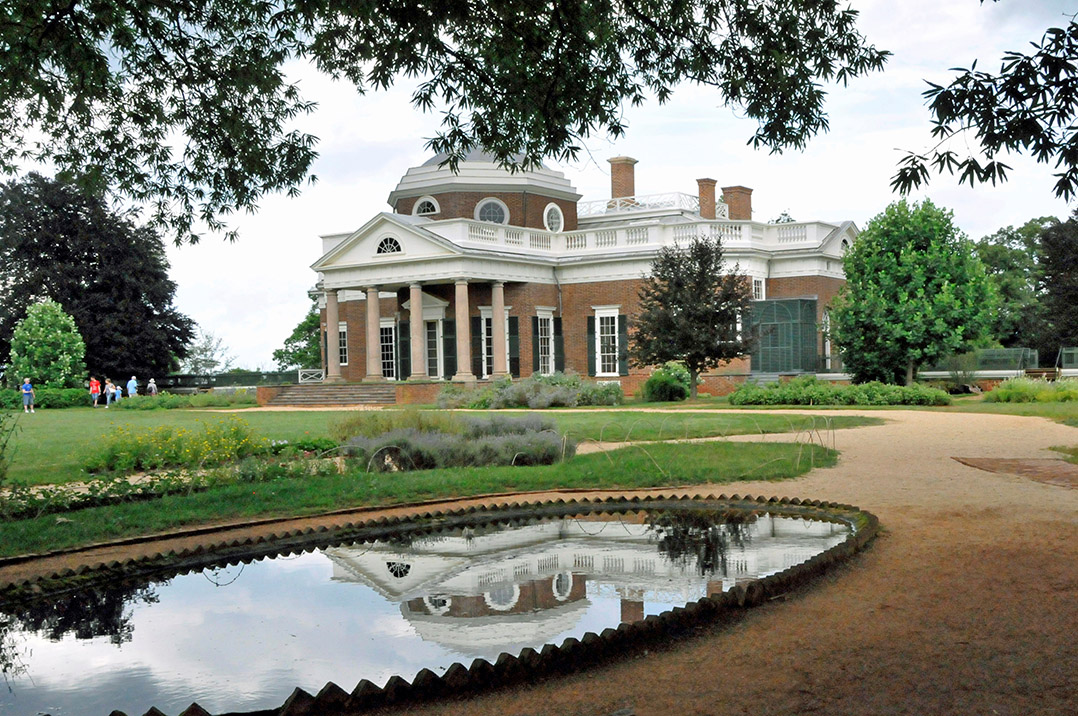 West Side of Monticello (Photo by Don Knebel)

lFor most Americans, Monticello reflects the genius of Thomas Jefferson. For Jefferson, the house reflected his aspirations for his nation.

On Jefferson’s 21st birthday in 1764, he took possession of the 5,000-acre plantation near Charlottesville, Va., he had inherited from his father and began designing a house for a mountaintop where he once played. Within five years, Jefferson had completed plans for a house featuring a two-story portico and incorporating principles of Italian architect Andrea Palladio, whose treatise he had studied. In 1770, workers began building the eight-room house atop the mountain Jefferson had named Monticello, Italian for Little Mountain. The house was largely completed by 1784, when Jefferson went to France as minister of the United States.

While in France, Jefferson concluded that French Neoclassical buildings, such as the Hotel de Salm, better exemplified his Enlightenment political and social ideals than did Monticello. After Jefferson returned from France, he began a neoclassical refashioning. Craftsmen, assisted by some of Jefferson’s slaves, removed the second story, added rooms to the sides and rear and erected a shallow octagonal dome over the pediment of the west portico, a detail inspired by the Pantheon in Rome. The rebuilt house, with 21 rooms, including 12 bedrooms for Jefferson’s extended family, was completed in 1809. Despite Jefferson’s dislike of English architecture, the finished house resembled London’s Chiswick House, which Jefferson had visited with John Adams and then denigrated. Jefferson kept making revisions at Monticello until he died, deeply in debt, on July 4, 1826, 50 years to the day after signing the Declaration of Independence that he had lwritten.

The fastidiously maintained buildings and gardens of Monticello are a UNESCO World Heritage site, open every day except Christmas. Visitors willing to climb steep stairs can now explore the green-floored Dome Room, whose intended purpose remains a mystery.