You are at:Home»Current in Carmel»Carmel Cover Stories»Hollywood ending: Carmel woman’s efforts to rescue Jews during WWII to become a screenplay 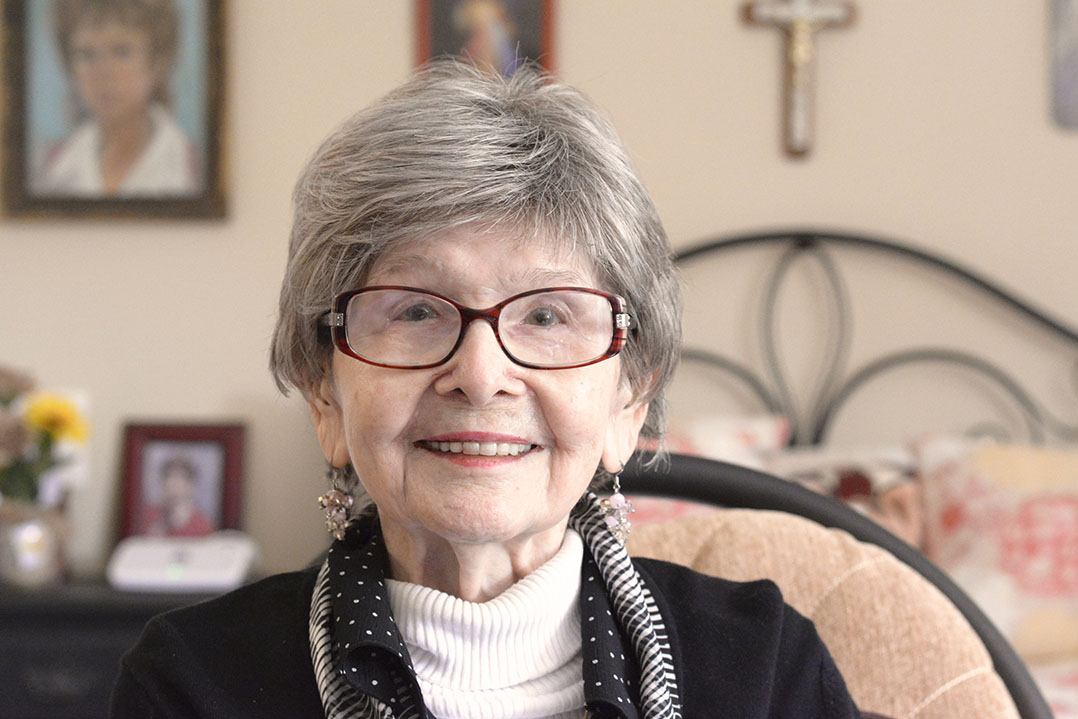 A movie is in the works about Janina Korzeniewski Clark, a Carmel resident originally from Poland who helped rescue Jews during World War II. (Photo by Lisa Price)

Venis, a Colorado-based screenwriter, saw Clark’s story of bravery as a Polish teenager during World War II on a short clip from HistoryBites. Venis saw the clip because Clark’s son, Kevin, a Carmel resident, is a Facebook friend. She has been interviewing Clark and plans to write a screenplay that focuses on her life.

Clark, 96, moved to the Carmel Senior Living retirement community two years ago. A Catholic, Clark was 17 when Nazi Germany invaded her hometown of Warsaw, Poland, in 1939.

“Janina was smart, fearless and persuasive enough to be able to move around Warsaw during the early part of the Nazi occupation and take information on Nazi actions to her brothers who were leaders in the Polish resistance, essentially risking her life frequently as a spy,” said Venis, who is writing a full biography in tandem with the screenplay. “Janina and her brothers were the unsung heroes of Poland when that country needed them most. Her parents sheltered persecuted Jews who were traveling out of the country, and Janina and her brothers put other lives ahead of themselves.

“While being marched through the countryside to work in factories as a prisoner of war, she did what she could to protect the other women, acting as their leader because she spoke German and because her survival instincts gave her courage, spirit and endurance beyond her years. People, even Nazis, respond well to a spitfire, and that’s exactly who Janina is.”

Clark’s late husband, Charlie, a U.S. Army master sergeant from Indiana, met her in a canteen while she a translator near the end of the war.

Clark, who lived in Elwood for many years, started to tell her story to civic groups and schools in the late 1950s and ’60s.

“Ball State wanted me to give a talk, and I did,” said Clark, who also has a daughter, Jane. “It got so big, and a lot of civic organizations came to me and asked me to speak. I couldn’t say no, and I couldn’t forget what I know. I felt better when I talked about it.”

Clark said initially some memories were too painful to share.

“I began to control inside feelings and felt this is something that people want to hear, and I’m the one to tell it,” Clark said. “God was so good to me and spared me to survive the war.”

Her parents, Jan and Helena Korzeniewski, two brothers and sister survived as well. Only a small percentage of Warsaw families survived the war without any casualties, Clark said.

Her parents hid Jews behind potato bags in the family cellar to help them escape death. 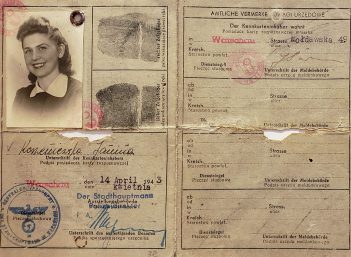 Janina Korzeniewski Clark’s German documents that allowed her to move freely around the city.

“Her mother would feed them and take care of them,” Kevin said. “Then the (Polish) Resistance would come out of the woods at night to take them to sanctuary.”

Later, Clark passed information along to the Resistance. She would signal if she had information by the way she wore her hat.

“Since I spoke German fluently, they hired me at the airport as a waitress,” she said. “My brother, Kazik, was the commander in the underground.”

The Nazis had plans to destroy the airport hangars. Clark relayed the information and Resistance members cut all the wires to explosives so the occupiers could not blow up the hangars.

“The German officers were waiting for it to blow up and it never did,” Clark said. “As punishment, they hung three men, and we had to watch.”

Although the Germans warned it would happen again if information leaked, Clark kept passing on important information. 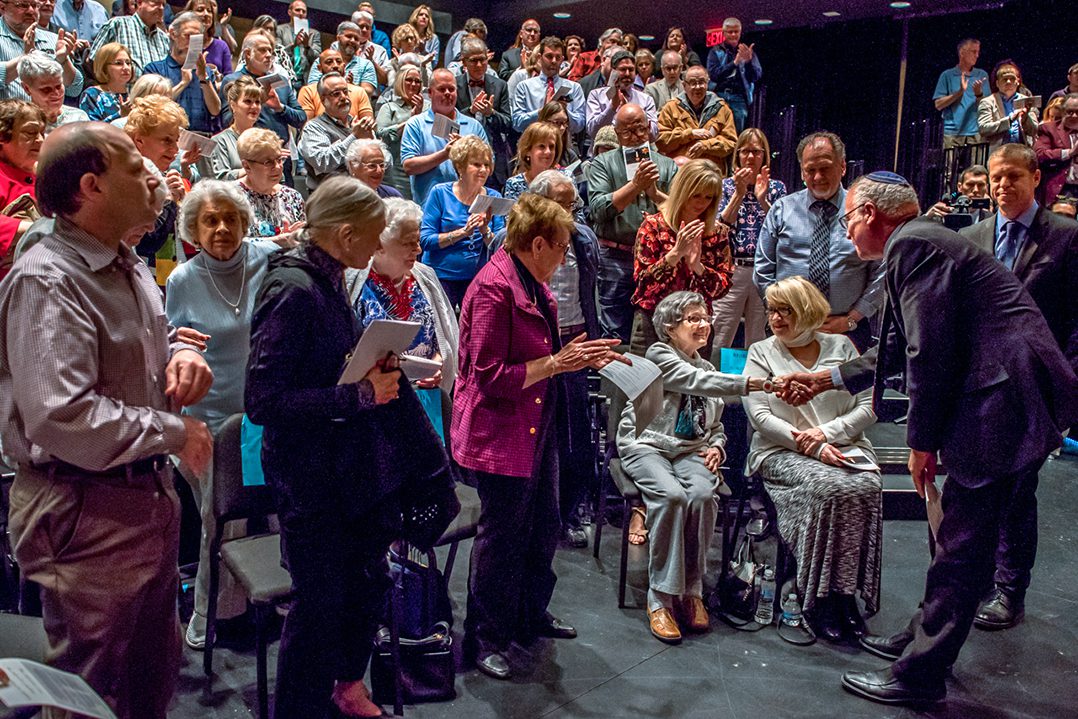 Clark’s father was taken by the Germans to a concentration labor camp early in the war. The Germans lined up men from Warsaw and took every fifth man to a work camp.

“My father wasn’t active in politics and was a quiet man and never spoke out against Germans,” Clark said.

Her father was there for several years before being rescued by his own son.

“My younger brother, Roman, impersonated a high-ranking German officer,” Clark said. “When my father recognized the general of the German Army was his son in disguise, he started yelling, ‘Roman.’ My brother screamed and said, ‘How dare you’ and slapped my father across the face. He had to do it. My brother was a large man and looked like a German general and spoke the German language fluently.”

Kevin said the underground resistance movement members were experts at forging papers, and Roman had obtained a German staff car, which they later ditched when meeting resistance members in the woods.

Meanwhile, Clark had her own escape story after being taken to a work camp to make bullets.

In late 1944, Clark saw an opportunity to leave when some of the Nazis deserted their watch with Allied bombers in the air. There were several bicycles the Nazis weren’t watching. Clark had been looking out for six other women.

“I told the girls, if you don’t know how to ride, you will learn real quick,” Clark said. “We ran out when bullets were shooting and bombs were going down. We rode the bicycles to mountains in Bavaria. We ended up in the Czechoslovakia border.”

From there, they were freed by the Americans. Not long after, she met Charlie, and they married April 6, 1945. Germany surrendered one month later.