Nathan Altman has never been a political person and bristles at the term “politician.”

But now that he’s making a bid for the U.S. Senate, he does a lot of bristling. 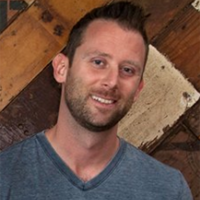 “I never saw myself as a politician, and I still don’t,” said Altman, a Carmel resident who is running as an independent. “Probably one of the hardest things for me is the idea people view me now as a politician versus anything else.”

Most of Altman’s acquaintances know him as an entrepreneur and real estate executive. But he divested himself of most of his business interests when he filed paperwork with the Federal Election Commission in the spring to commit all his energy to the Senate race.

Altman, 31, is seeking the Indiana seat occupied by Democrat Joe Donnelly, who is seeking re-election.  Republican Mike Braun is vying for the same seat.

As a vastly underfunded independent with no party support, Altman — the son of Hamilton County Commissioner Christine Altman, a Republican — knows the odds are stacked against him. But frustrated with what he regards as inefficient two-party governance, he is running to promote the concept of Liquid Democracy — a mix of direct democracy and representative democracy that allows constituents to vote on issues directly or to delegate voting authority to a trusted party.

“That’s kind of the underpinning of what I’m running under,” Altman said. “Liquid Democracy is a hybrid where we can have the best of two worlds.”

Altman is a 2009 Purdue graduate and a founding partner of the tech firm DeveloperTown. He most recently organized projects for the annual Burning Man event in Black Rock City, Nev. and continues to work with the Altman Investments real estate agency in Indianapolis.

Because of financial and logistical obstacles, Altman abandoned his initial plan to collect — per Indiana election law — 26,999 verified signatures by July 2 to get on the ballot. Instead, he is pursuing a write-in campaign, which presents its own set of challenges — not the least of which are messaging and advertising.

But he is undaunted.

“The hurdles we still need to overcome are vast,” Altman said. “The question really lies on the voters, or the constituents, if they’re willing to evaluate where they’re at today and whether they continue to want to think that red versus blue is going to continue to solve the problem. I don’t see it solving the problem. I hope people want to wake up to that.”