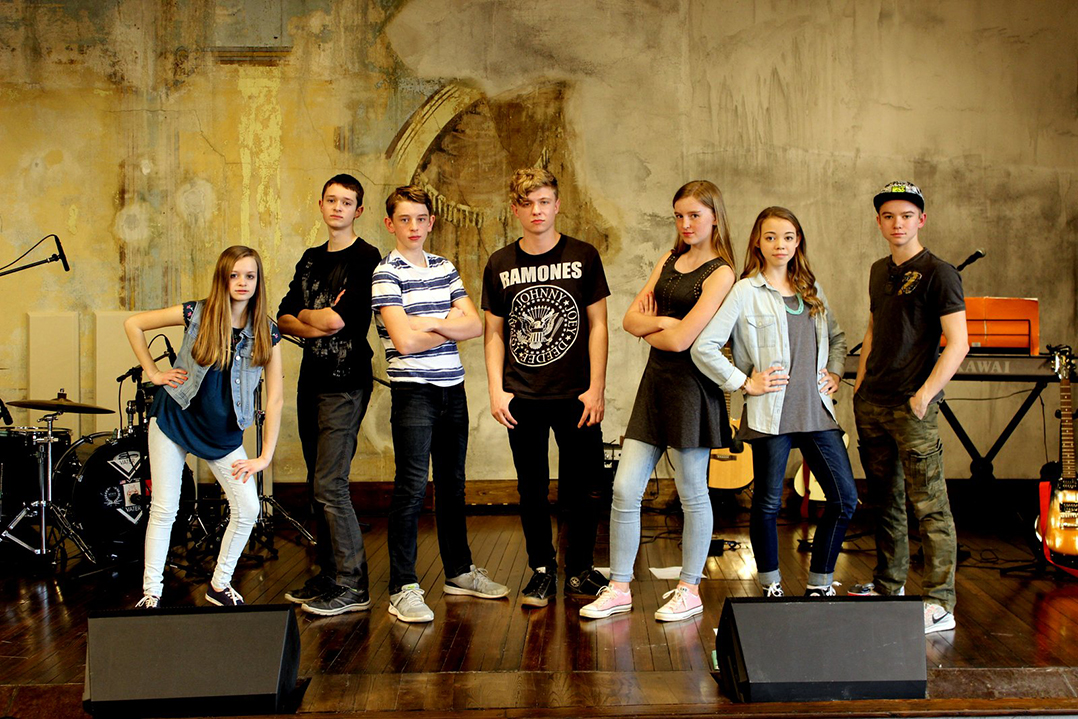 This teenage band has a heavy family flavoring.

There are seven members of the band, including three sets of brothers with their younger sisters. All were homeschooled and six live in the same Carmel neighborhood.

The boys had their first jam session 2 1/2 years ago.

“Later, we added the girls as the vocalists, so we’ve been playing regularly about two years now,” Jack said. “We all love music and are thankful for the talents that God has given us and want to use those.”

Lindvall met the others at a homeschool co-op.

“We became friends there and learned we all love similar types of music,” said Lindvall, a recent high school graduate who will attend IUPUI this fall.

The friends began playing together, with Jack singing vocals. Soon, they realized their sisters would be great additions.

Jillian is the primary lead on vocals.

“I sang at CarmelFest Has Talent a couple years ago and I had someone help me with that,” said Jillian, who finished second twice in the talent show.

Kylin plays the piano and keyboards.

“We play everything from pop music to classic rock,” Lindvall said. “We have some original songs, written by Jack.”

Jack said the songs he’s written are in the alternative rock genre. Jack and Jillian also perform an acoustic set together and will perform in PorchFest Sept. 16.

The group, which regularly rehearses at the Hogans’ house, gets together and have fun when they are not playing music, Jack said.