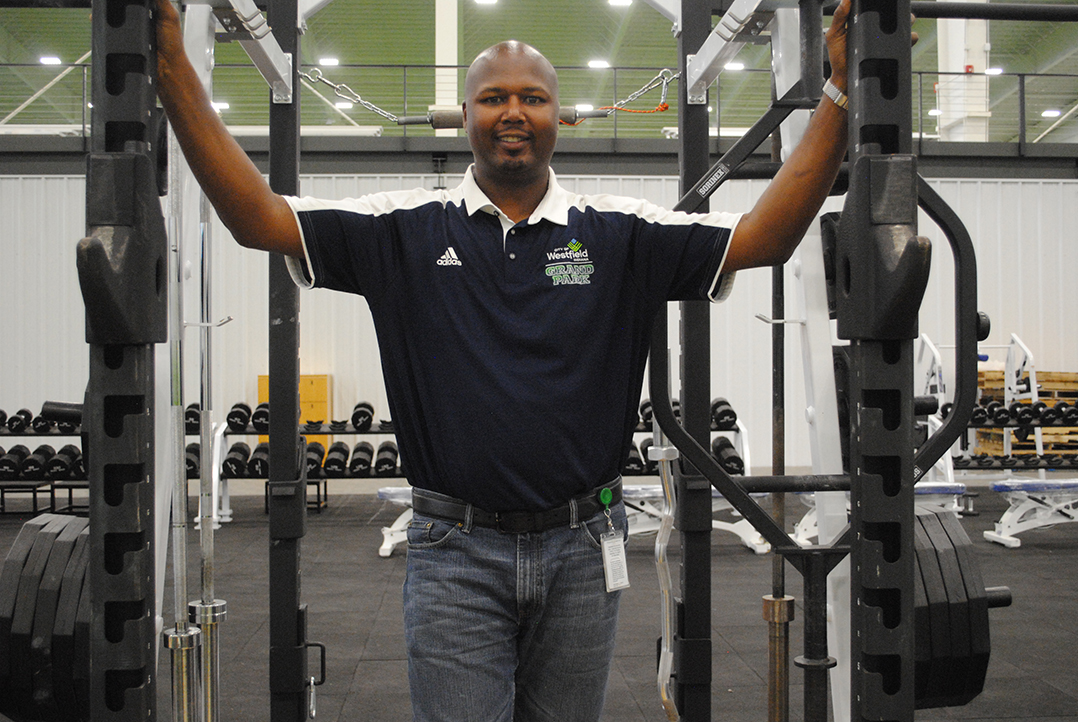 The City of Westfield is learning a lot leading up to its first year hosting the Indianapolis Colts training camp July 25 to Aug. 18.

A weight training room is already established in the Grand Park Events Center and temporary bleachers to seat up to 6,000 fans are in the works. The entire Colts team and training staff will be housed at the Cambria Hotel on East 186th Street. The city negotiated a deal with Cambria because the team will take up all of its 152 rooms during camp, but Director of Grand Park William Knox said future plans to accommodate players and the camp are already in the works. He said more permanent infrastructure placements may come during the third year of the 10-year contract.

“When we are going into year three, that gives us the ability to look at infrastructure improvements that are more permanent to benefit the camp and utilize throughout the rest of the year,” Knox said. “This year there are temporary set-ups, a lot of temporary power until we get the footprint defined. We are seating in temporary bleachers, and those items we might fine-tune to see what can be put in permanently.”

One possibility is establishing dormitory-style housing to accommodate Colts players and recreational and travel teams visiting Grand Park throughout the year. The Grand Park Hotel was originally planned to have that type of housing but it never came to fruition. Instead, Pro X Athletic Development now owns the land near the GPEC and is looking into building dormitory housing. 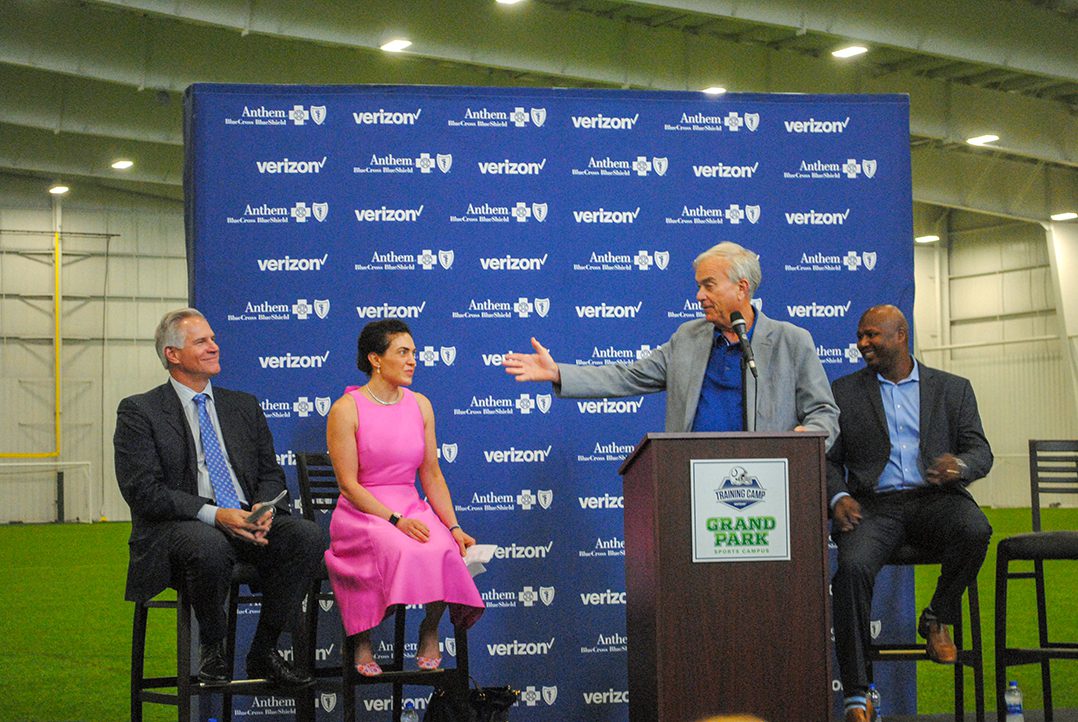 The Colts are providing the city with a regular ticket report which shows the number of tickets already obtained for the camp. As of press time, more than 35,000 tickets had been obtained.

“This gives us a guide to show which days will be busy,” Knox said. “Right now, we are tracking the first weekend of camp, July 28 and July 29, (and it) is going to be huge for us. July 28 is Kids Day, and July 29 is the BBQ Bash. From what we’ve noticed, the theme days are the most popular, and then the night practices.”

Based on the numbers reported by the Colts, the city can scale its public safety efforts to match the projected crowd, such as using public safety officers to control traffic in and around Grand Park. Fans will see a transportation increase as well. Cars can park in Lots F, E and C for $5. There will be free public parking offsite at Shelby Concrete at Spring Mill Road and Ind. 32, where a shuttle service will then transport fans to Grand Park. The drop-off and pick-up location for the shuttle will be in Parking Lot G, which will host Colts City. Buses will loop every 10 minutes.

Knox said he expects many local restaurants will see an influx in sales because night practices begin after lunchtime and morning practices end just prior to lunchtime.

Although camp will only be a day event for most fans, hotels are expected to fill up with vendors and third-party groups, such as ESPN and Sirius XM staff, according to Knox.

The city plans on making the camp an exceptional experience for not only fans but also the Colts.

“Mayor (Andy Cook) said he wants this to be the best training camp in the NFL, and I think that’s what year after year (of the contract) allows us to see,” Communications Director Vicki Duncan Gardener said. “How do we make that experience from the facility to the volunteers to traffic flow better year after year to get to the point where it is the best in the NFL?”

A map depicting where the Colts will practice which is in field F31, F10 and F9. (Submitted image)

Aug. 18: Bike to Camp Day. Fans are encouraged to ride bikes to camp on the Monon Trail.