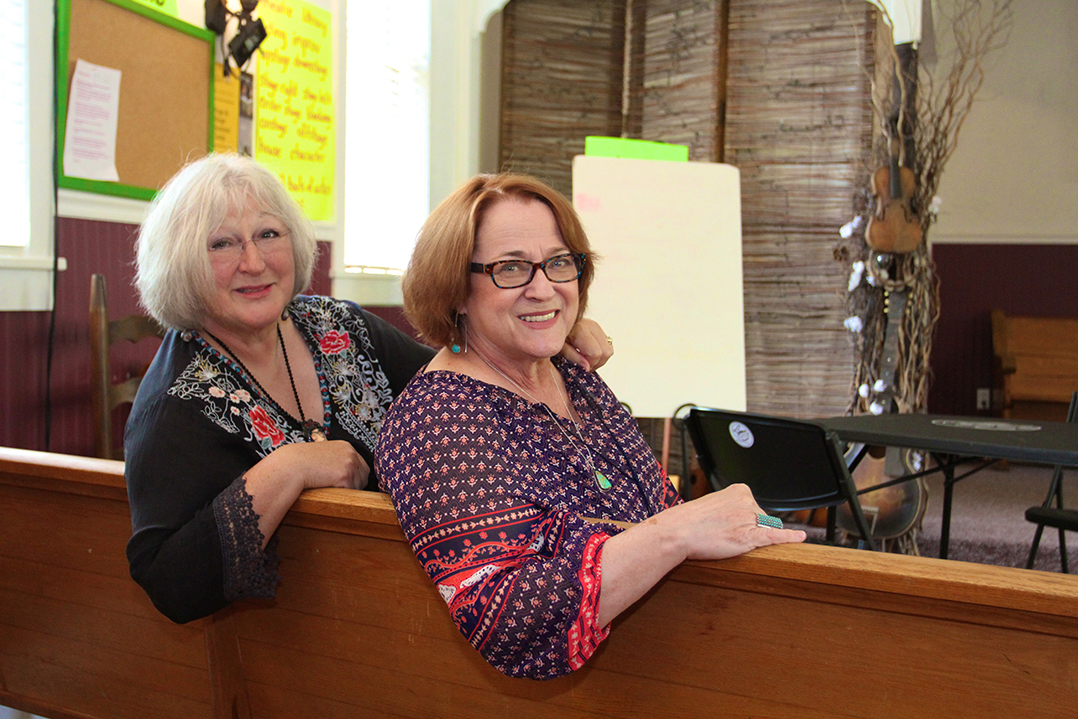 Sandy Stewart, left, and Dottie Young will speak at the first installment of NobleStories July 15. (Photo by Sadie Hunter)

A new storyteller series from the Noblesville Preservation Alliance, highlighting some of the city’s eldest residents, is set to begin this weekend. 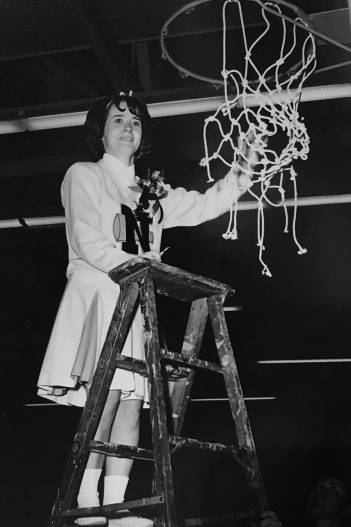 It wasn’t until late in high school that the 1964 grads became friends in art class at Noblesville High School.

“We didn’t dislike each other, we just didn’t know each other,” Young said. “It was through art that we forged our friendship.”

From getting their ears pierced together from a girl who did the job for a pack of Salem cigarettes, to decorating an art club parade float with egg cartons, the two have many anecdotes from their friendship and growing up in Noblesville.

Approximately 55 years after first hitting it off, the two will take the stage at the downtown performance venue to reminisce.

Stewart and Young were in different crowds in high school. Young was a cheerleader, the homecoming queen, loved high school and is the class recorder on the Class of 1964 reunion committee. Stewart, on the other hand, though socially involved, said she couldn’t wait to leave the small town that, at that time, only had a population of approximately 7,000. The 1964 class had 178 graduates.

“I was just waiting to get out,” said Stewart, who went straight to New York City after graduating from Indiana University. “I was born wanting to see beautiful things and go to museums, and none of that was available at the time.” 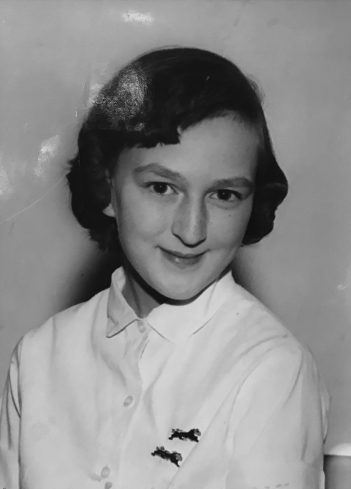 Stewart eventually came back to Noblesville, after a combined 15 years in New York and Boston, when she began thinking of starting a family. She married a classmate she had known since second grade, Mike Stewart, in 1985 and had a son, Dalton. She is now semi-retired as the development director of Carmel-based PrimeLife Enrichment, a nonprofit that provides services to individuals over age 50.

Young stayed in Indiana and worked in Elkhart before moving back to a house on Cherry Street in Noblesville in 1973 with her husband, Vernon. They have one daughter, Emily. Young retired in 2008 after teaching art for 38 years in Indianapolis Public Schools.

Today, both women live on Conner Street in downtown Noblesville. They are members of the Noblesville Preservation Alliance and are on the NobleStories committee.

“The intention was that we would get our oldest citizens, those in their 80s and 90s, to kind of give oral histories,” Stewart said. “I think we do have a unique story. Although we’re old-timers in Noblesville, neither of us was born here. I think it will mostly be about what it was like to grow up in small-town Indiana. It was almost a euphoric place to grow up, in a way.” 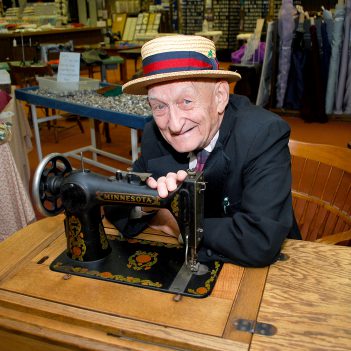 Robert Arbuckle will be the second storyteller in the NobleStories series. (File photo)

The first storyteller in the NobleStories series originally was 95-year-old Robert Arbuckle of Arbuckle’s Railroad Place, 1151 Vine St., Noblesville. However, that event was moved to Oct. 14 after Arbuckle had some health issues earlier this year. Arbuckle will turn 96 that month.