You are at:Home»Current in Carmel»Carmel Community»CHS tennis coach leaves program on high note

Spencer Fields understands he is walking away from a powerhouse tennis program. 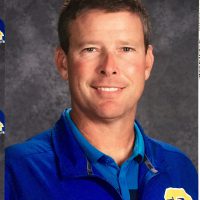 “Not only winning, but we’ve had a lot of great times at Carmel,” Fields said. “Great tennis players obviously and a lot of good friends. Mr. (Jim) Inskeep has been a fantastic athletic director. The way he helps with our Carmel tennis team was really amazing. The parents and players have all been so nice and kind to me. It’s a great machine at Carmel. The teaching side of Carmel has been great as well.”

Fields, a 1993 North Central High School graduate, will teach biology, and his wife, Kaitlin, will teach math at Brownsburg High School. They were in the same positions for three years at CHS, but the salaries are significantly higher in the Brownsburg school district, Fields said.

“My wife has her administration license, so we thought those opportunities might be better at Brownsburg as well,” said Fields, who won two boys tennis state team titles as North Central’s coach.

The financial factor was the most significant one in their decision.

“I do love the challenge, there’s no doubt about it, but I think Brownsburg is a diamond in the rough,” he said. “They are and have been good, but I’m hoping to take that to next level with Brownsburg. I will do everything I can to make Brownsburg state champions.”

Brownsburg’s girls team reached the state semifinals before losing to Carmel 5-0 on June 2. The Bulldogs captured their first semistate title this past season. The boys team has 18 sectional titles but has never won a regional.

Kaitlin has been teaching for more than 11 years.

The Fields have two children, Ryan, 5, and Abigail, 3, and live in Broad Ripple.