Although Michael Klitzing knew he was nominated for a prestigious national parks and recreation honor, he never anticipated winning.

Klitzing, chief operating officer of Carmel Clay Parks and Recreation, recently learned he received the National Distinguished Professional Award by the National Recreation and Park Association. The award is presented to an individual who has made outstanding contributions to the parks and recreation field through leadership, research, advocacy, community outreach and program development.

The award ceremony will take place during the NRPA 2018 Annual Conference, Sept. 25 to 27 at the Indiana Convention Center in Indianapolis.

“It’s quite the honor to receive it,” said Klitzing, a Brownsburg resident.

Klitzing, 47, said the award typically goes to accomplished park directors around the nation. 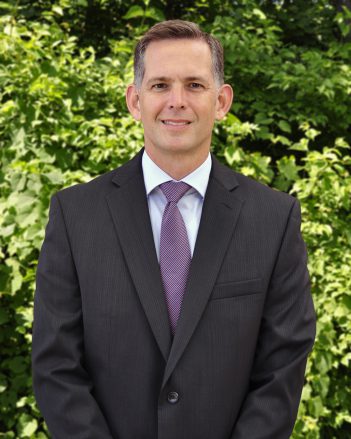 “(It goes to) people who have done many impressive things over the course of the years,” Klitzing said. “It’s an elite company to be with. You always feel you have to be older than what you are for me to be receiving it. The people that I’ve looked up to over the years are past winners of that. To be considered in their realm is certainly humbling.”

Klitzing has been with CCPR since 2004.

“Michael is a proven leader and innovator with a passion for advancing parks and recreation,” CCPR Director Mark Westermeier stated. “We are so lucky to have him as a part of our leadership team.”

CCPR obtained its national accreditation in 2014 and received a national gold medal the same year.

“One of the things I’m most proud of is the opening of the Monon Community Center (in 2007), taking over the before- and after-school program in the (Carmel Clay School system in August 2006) and just overall the level of customer service we’ve been known for here in Carmel,” Klitzing said. “Another thing I’m proud of is the outreach we’ve made for people with disabilities in the parks system, especially in the state of Indiana but also nationally. The outreach we have for people with disabilities is certainly one of the finest in the country.”