You are at:Home»Current in Fishers»Fishers Cover Stories»A lasting impact: HCLA team creates website for those in the midst of a crisis 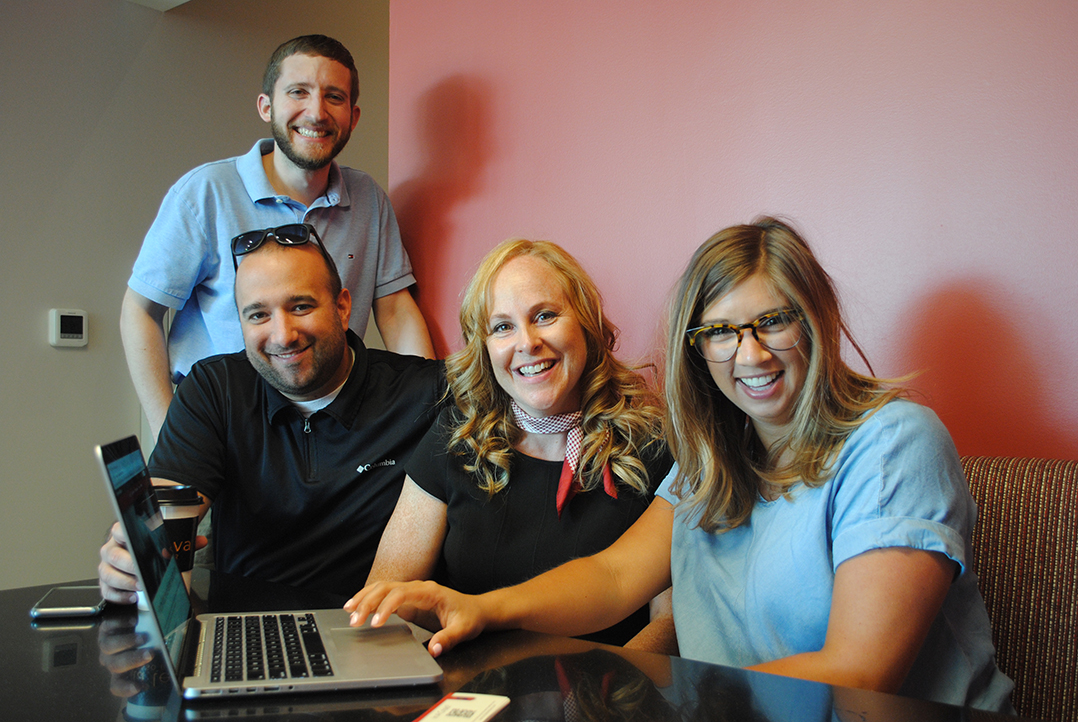 As part of the Hamilton County Leadership Academy, members are required to complete a culmination project to make a lasting impact on the county. The most recent HCLA class narrowed its projects down to five, and members then self-selected which project they wanted to pursue.

One group used what it learned from the 10-month academy to create a website for people in crisis, such as financial needs, food needs, child care needs and more.

“Nobody knew how to enter these organizations. There was no defined access point,” said Cawthon, a Fishers resident. “When you’re in the heat of a crisis and can’t pay bills and don’t have food, you dial 211 and they connect you to someone.”

The group spoke with Nancy Chance of the Good Samaritan Network and Delaware Township Trustee Debbie Driskell, and they determined 211 wasn’t their best outreach project because the it was so broad and encompassed more than Hamilton County. The group fine-tuned its focus to create an online resource map called In Crisis Hamilton County, designed specifically for the Fishers community.

“We started to learn about community resource maps and how they can direct and guide people where they need to go for assistance,” Potash said. “One of the other things that stuck out in my mind is they said people need to have a clear, concise way of getting to the service support they need. Most people live on their cellphones, even if in crisis.”

The group created the mobile-friendly website and also printed business cards with a QR code people can scan with their cellphones. The code directs them immediately to the site, incrisishamiltonco.com. The business cards were distributed to local churches and counselors.

“We wanted to narrow our focus and concentrate on the top five or six needs in the county,” Voegerl said.

When a web user clicks on a crisis link, the site directs them to nearby organizations which assists with those issues, along with an address, phone number and website when applicable. For example, when a user clicks on the child care tab, the listed resources are the Fishers YMCA and Paths to QUALITY.

The group chose the project after Driskell shared a story about an elderly woman living in Hamilton County whose money was tied up in Social Security, and she was unsure how to receive it. Although she had the money, she couldn’t access it. Energy was eventually shut off in her home and she was eating pet food. The township stepped in and helped the woman find out how to receive her money and get back on her feet.

“We want it (In Crisis Hamilton County) to be where someone in the middle of a crisis can go here, click something or grab a phone number and get help right there in the moment,” Cawthon said. “It really, truly is, “Here’s the crisis, here’s how to make contact.’” 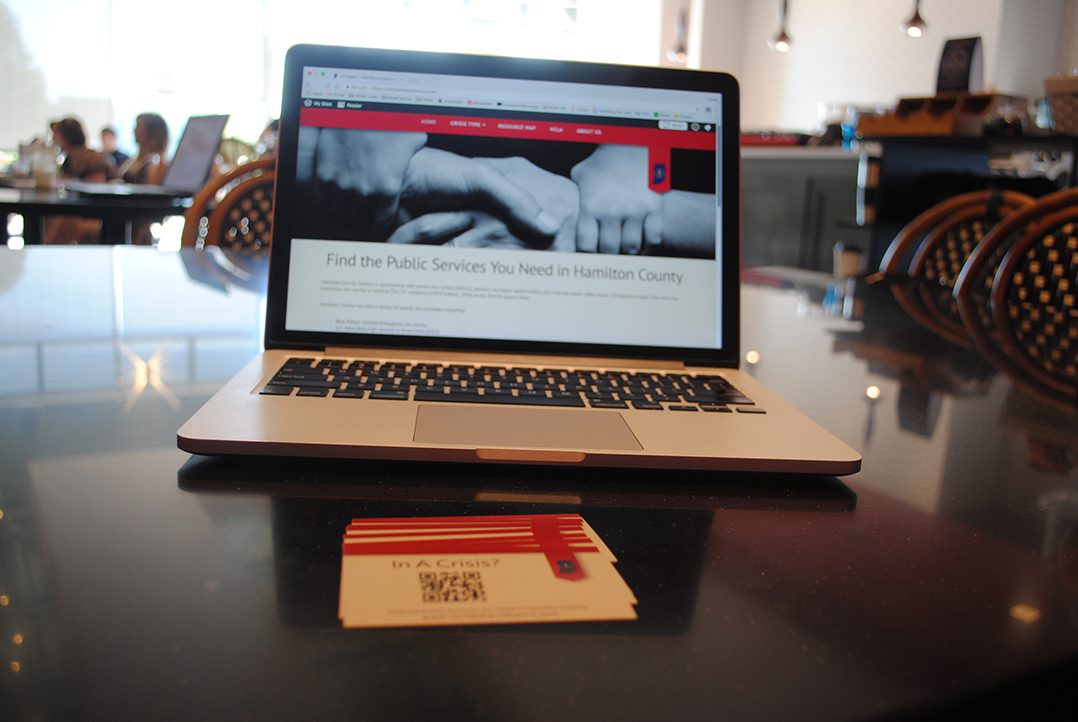 Business cards with a QR code were distributed to local churches so people in crisis can scan the QR code with their phone and be directed to the In Crisis Hamilton County website. (Submitted photo)

A part of the HCLA program culmination project requirement is to create a sustainable, ongoing project. For the In Crisis Hamilton County project, future modifications include expanding it to other cities within the county.

“Groups have the opportunity to create their own or pick up a previous project and advance it,” said Casey Cawthon, an HCLA 2018 graduate. “We felt this was a narrow scope and we could deliver and deliver quality, but we left a ton of suggestions in the full project recap in order to move this forward in the county.”

One suggestion was to create a mobile application for In Crisis Hamilton County.

“The applications really are endless,” Cawthon said. “Most people don’t know any of these resources exist.”