You are at:Home»Current in Westfield»Westfield Cover Stories»City of chefs: Westfield embraces the foodie experience 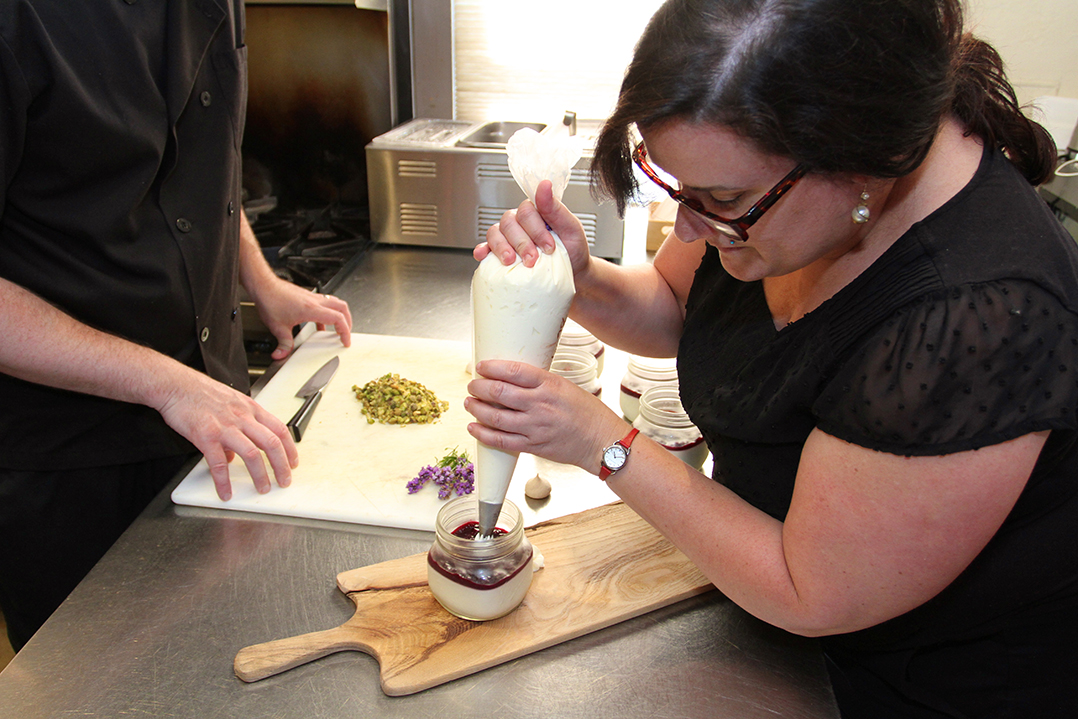 From cooking in Keltie Domina’s restaurant kitchen to pioneering the foodie experience in Westfield on Park Street, Toby and Melanie Miles have seen Westfield’s food offerings come a long way.

In 2014, there weren’t many options within city limits for a unique dining experience. Hungry patrons had to venture outside of the city to experience something new. The Miles family decided to change that with the creation of the Rail Epicurean.

The Rail Epicurean was the first restaurant to open on Park Street. It launched about the same time  four other Westfield restaurants were on the verge of closing.

“We were at that point where we wanted to do something ourselves or we would have to find some avenue in the culinary industry where we could be comfortable never working for ourselves,” Toby Miles said. “It’s really hard to take that next step into doing something that’s your own. We decided that it’s either going to work or it’s not. Westfield was either ready for something new, or we are going to be comfortable doing minimal business for a while.” 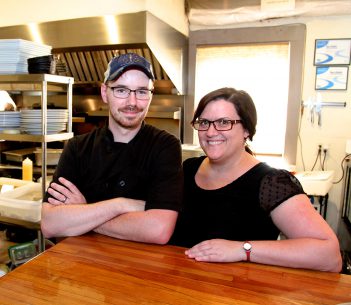 Toby and Melanie Miles met while working at Keltie’s and now they own the Rail Epicurean. (Photo by Sadie Hunter)

Toby said they had no expectations, and when the Rail opened, it only offered lunch, local groceries and a few wine dinners.

“(When) we opened, the first few months of trying something new was really difficult because Westfield had been so used to the same thing over and over and over again,” Toby said.

“It makes us really proud with what this street has become,” he said. “Westfield was ready for something new, and they were ready to support something in town. The City of Westfield, it’s unlike any other town we have worked in. The locals and the people in town are so fiercely loyal, and they generally want you to succeed. It’s fierce how they reacted to everything happening on this street.”

Greek’s Pizzeria, The Italian House on Park and Chiba all followed the Rail Epicurean, and each opening created what Toby calls “co-op-itition,” not competition.

“We were the first restaurants back here to do something different. That opened the door for more restaurants to feel comfortable with being back here,” Toby said. “Every time something new opens, we are not competing with each other. Our intention was to keep (patrons) on Park Street, keep them in town, get people used to Westfield being a place where you don’t have to leave to find something great to eat.”

As for what was and what Westfield’s foodie experience is now, Keltie Domina credits Toby and Melanie Miles for taking a risk with The Rail.

Keltie’s Restaurant and Catering originally opened in October 2002 and remained open in downtown Westfield for nearly 10 years. Domina and her husband, Joe, eventually bought the Angry Donkey restaurant in Michigantown. They still reside in Westfield, and Domina said she and her husband have a goal of opening another restaurant in Westfield. They are searching for sites that will fit their needs.

“From (2002) to now with what is happening with food is so exciting. The Rail took a big leap of faith, and from there, well, you know what’s happening. It is wonderful to see,” Domina said. “Toby and Melanie Miles met working at Keltie’s, so they will always have a special place in my heart.” 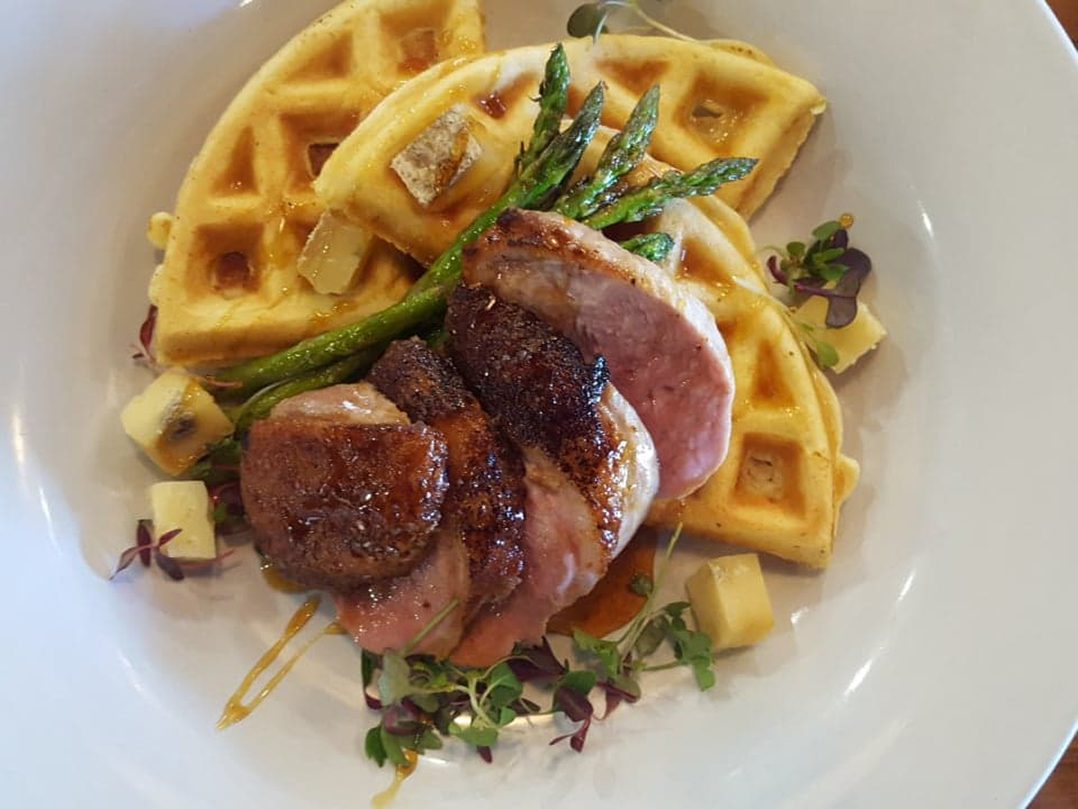 The Rail Epicurean’s recipe for Duck and Waffles with aged cheddar and maple gastrique. (Submitted photo)

Season both sides of breast with salt and pepper. Starting with the skin side down first, sear on medium-high heat for 5 to 8 minutes or until skin is crispy. Flip the duck and cook for 5 more minutes. Remove from heat and let rest.

Place ingredients in a saucepan and bring to a boil. Reduce heat to a simmer and cook until the mixture coats the back of a spoon. To plate the meal, prepare the waffles in a waffle iron and slice the duck breast after resting. Garnish with your favorite sharp cheddar pieces, maple gastrique and sautéed asparagus.