You are at:Home»Lifestyle»Travel»Column: Vienna’s Plague Column 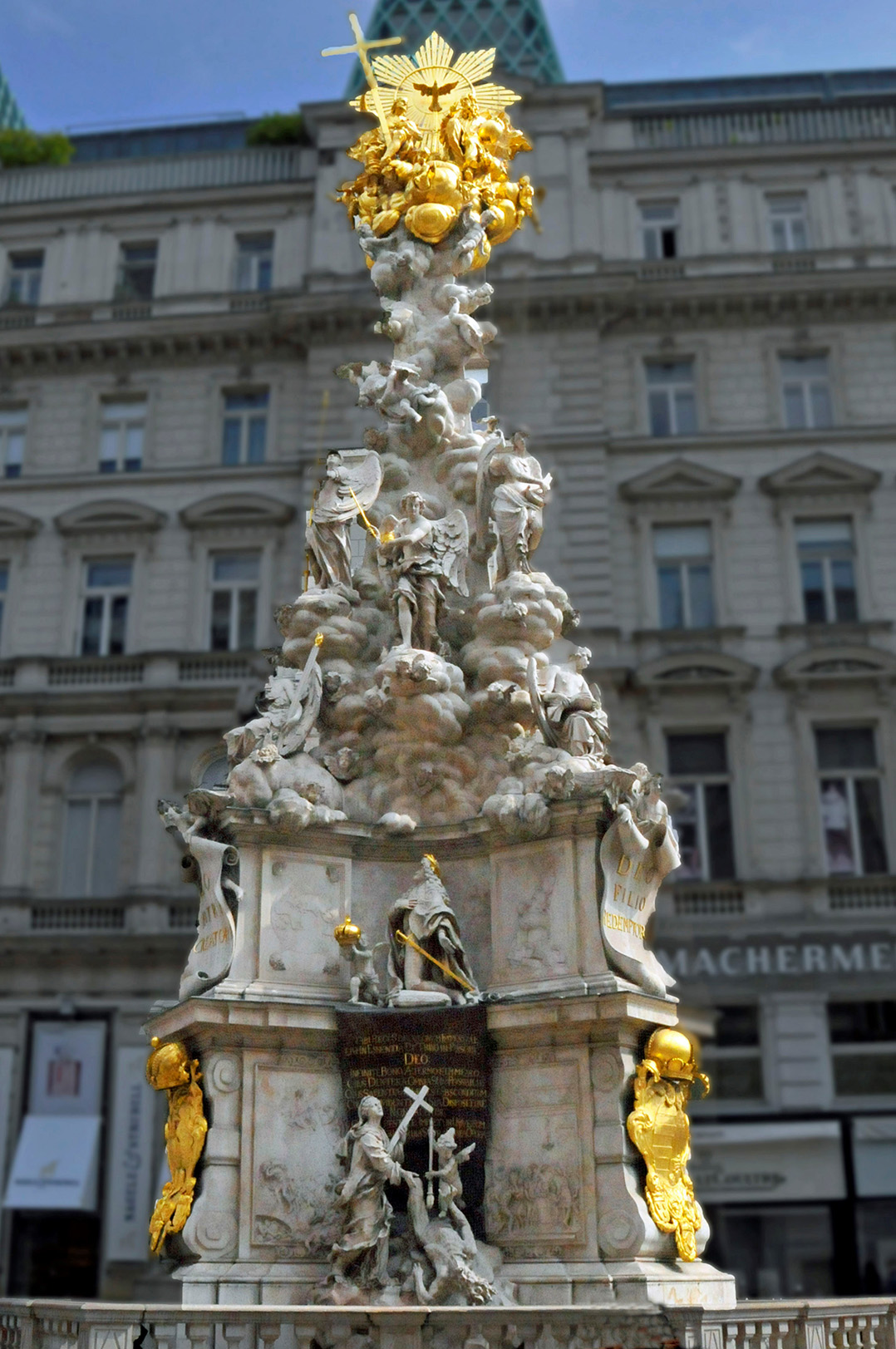 The Graben, pedestrian-friendly and flanked by fashionable shops, is one of the liveliest streets in modern Vienna. A column at its heart celebrates the city’s deliverance from two 17th-century events that threatened its existence.

In 1679, the bubonic plague returned to Vienna, quickly killing 10,000 residents. In desperation, Holy Roman Emperor Leopold I, a resident of Vienna, prayed to God, promising to build a monument honoring the Holy Trinity if God saw fit to end the epidemic. Leopold then moved to the safety of Prague to await the answer. As the plague subsided, perhaps due to Vienna’s innovative sanitation methods, grateful citizens erected a wooden pestsäule (pest column) on the Graben in the center of Vienna, topped by a representation of the Trinity. Soon afterward, the Holy Roman Empire defeated Turkish forces besieging Vienna, imposing huge losses on the enemy and halting the Muslims’ advance into Europe.

In celebration of God’s support in Vienna’s victories over the plague and the Muslims, as well as his own role in them, Leopold ordered the erection of a marble column on the Graben to replace the wooden one. A series of artists was engaged to design and execute Leopold’s vision. Completed in 1694, the 69-foot-tall baroque monument contains three distinct sections. The bottom section shows a cross-wielding Faith defeating the plague, represented by a grotesque woman being held upside down. Just above is a praying Leopold, recognizable by the jutting jaw that characterized the Habsburg family, the golden sword of victory at his side. The center section includes a choir of the nine angels Christian tradition says are closest to God. The apex of the pyramid-shaped monument features a gilded representation of God the Father, Jesus with his cross and the Holy Spirit, represented by a dove in the center of the sun.