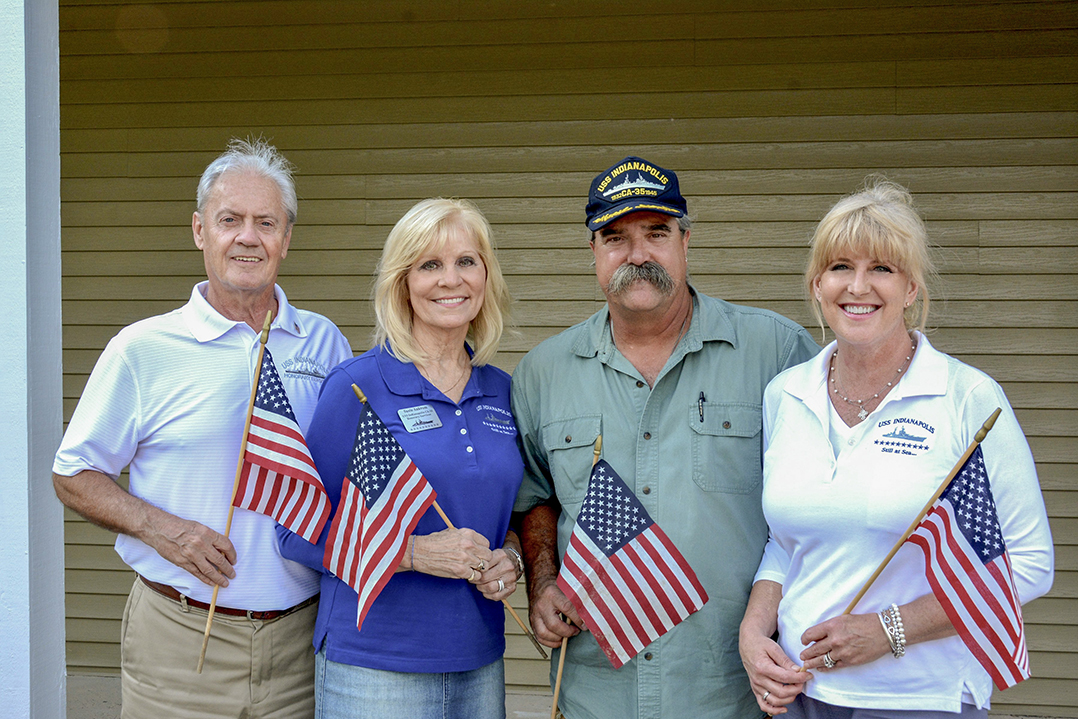 From left: Dale Ankrom, Susie Ankrom, Bart Colvin and Dianna Colvin serve as stewards for the annual reunion of USS Indianapolis survivors, which is set for July 19-22 at the Hyatt Regency in downtown Indianapolis. Bart Colvin is the Zionsville American Legion Post 79 commander.

The powerful and tragic World War II story of the men of the USS Indianapolis touched four Zionsville residents.

The USS Indianapolis, a heavy cruiser which had just delivered parts of the first atomic bomb, was torpedoed by an Imperial Japanese Navy submarine on June 29, 1945. Approximately 300 of the 1,195 U.S. Navy and Marine members died when the ship sank. The remaining members faced exposure, dehydration and shark attacks with almost no food or water before being rescued four days later. Overall, a total of 879 died and 316 survived.

“The majority of those that volunteer are not honorary survivors, so it’s a huge honor,” Dianna said. “It’s a decision of the survivors.”

Dale said it’s a matter of earning the survivors’ trust in some manner.

“It brought a tear to us when we were given that honor,” Dale said. “We’re not relatives, so it’s even more special to be a part of this. They acknowledge that we have no relationship to them other than we love them for who they are.”

Bart said it was a surprise to him when they were honored.

“When we got called in, we thought we had done something wrong,” Bart said. “When they told us, it was a very emotional moment.” 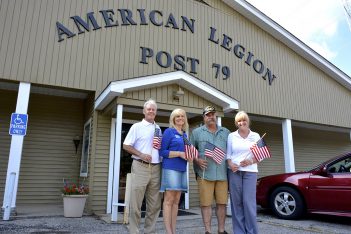 From left: Dale Ankrom, Susie Ankrom, Bart Colvin and Dianna Colvin serve as stewards for the annual reunion of USS Indianapolis survivors, which is set for July 19-22 at the Hyatt Regency in downtown Indianapolis. Bart Colvin is the Zionsville American Legion Post 79 commander.

Dianna said she believes she went to her first reunion in 1990 and became a steward not long after.

“I wanted to meet the survivors, and I slowly started to get involved,” Dianna said.

“There was a void in my life, and we learned about the survivors from the parades they used to have downtown (in Indianapolis),” Susie said. “I emailed and emailed to become a steward and they finally thought, ‘We’ll take her on, she seems persuasive.’ They are just like dads to those of us from this age group.”

Susie and Dale have been stewards since 2010.

“We started learning about these men long before that. Their story is just incredible,” said Susie, who is in charge of public relations for the reunion.

Bart treasures the stories he’s heard through the years.

“When they’re in the lobby with a cooler of Lone Star, that’s when the real stories come out,”  Bart said.

Bart moved to Zionsville from Montana in 2004 after meeting Dianne. He starting going to the reunions in 2005.

Dale recalled meeting Jimmy O’Donnell, an Indianapolis resident who died in 2013, for the first time. O’Donnell shared his story with Dale.

“One of his most prideful moments was being a firefighter when he came back to Indianapolis and saving the lives of three girls,” Dale said.

Dale said they became close to the survivors’ families as well. 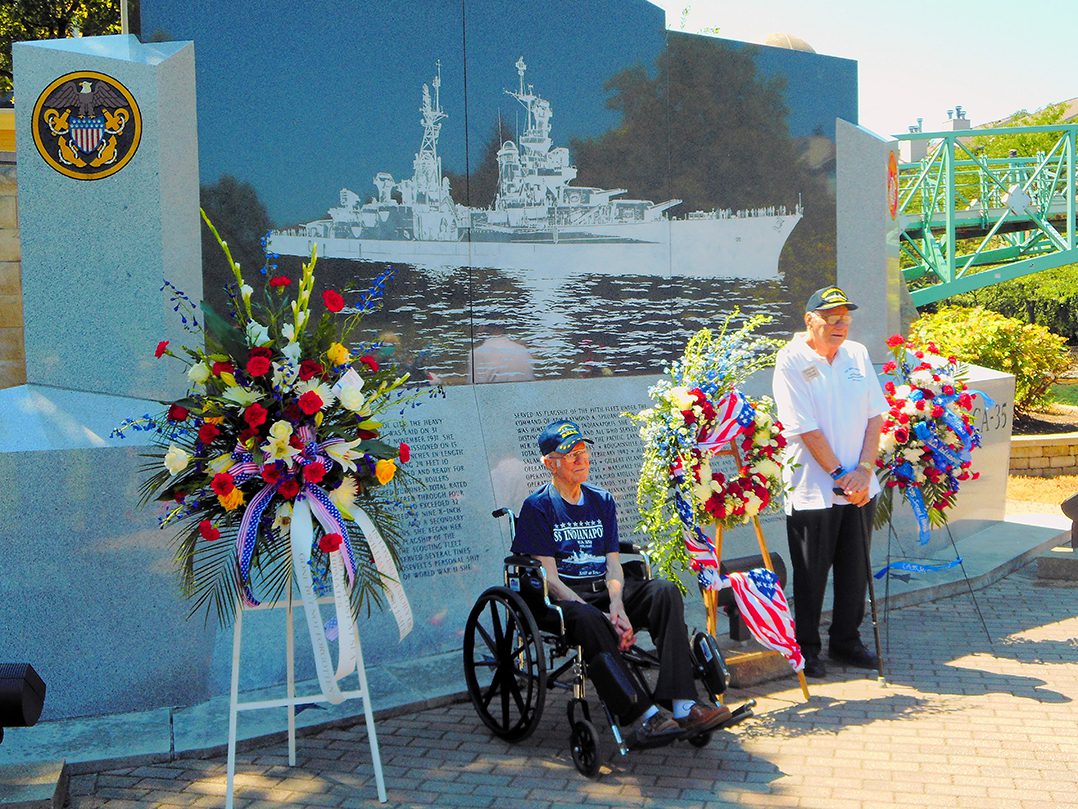 Dianne gets choked up remembering how the survivors worked to exonerate their captain, who was found guilty in a court martial for failing to order the ship to zig zag to avoid torpedoes.

Congress passed a resolution in 1999 absolving Capt. Charles McVay III, who committed suicide in 1968, of any fault. President Bill Clinton signed it.

Dianna said the survivors were pleased when it was read at the 2000 reunion that Congress and President Clinton had cleared McVay.

“But they wanted to hear it from the Navy,” Dianna said. “When the Navy came up, the pride that they showed. The captain of the Japanese submarine had testified for (McVay) at the court martial. The Japanese submarine commander’s granddaughter attends the reunion every year. She stood up and said, ‘On behalf of our family, we’re sorry for what we did.’ They stood up and gave her a standing ovation and they’ve embraced her. To see the power of forgiveness after all they’ve been through, that was a huge lesson for me. The power of how they lived their life afterwards is just as powerful of what they went through.”

Belcher Jr. praised the work of the four Zionsville residents.

“Dale and Susie have been fantastic with our PR,” he said. “They know so many people in the area. Bart and Dianna run our memorial service and you can’t ask for a better group. Those two epitomize respect for veterans with all their work with (the) American Legion. We’re all family.”

For more on events open to the public, visit ussindianapolis.com/reunions.