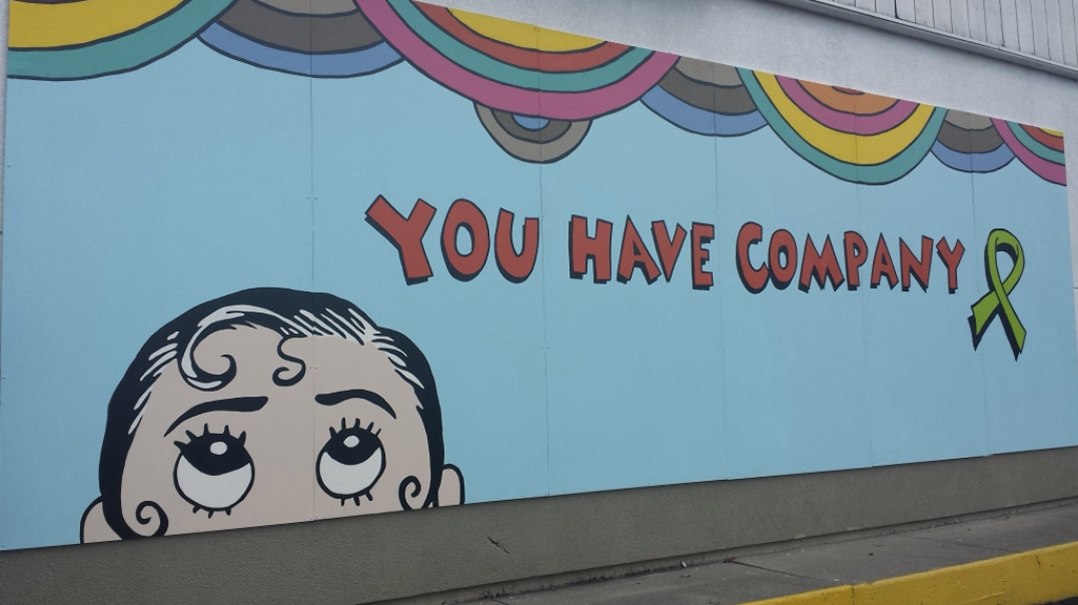 The “Marbles” mural, located at the Jiffy Lube at 1840 E. 151st St., touches on the struggles of mental illness and is part of Jiffy Lube of Indiana’s Every Part Matters public art project. (Submitted photo)

If you’re driving by a Jiffy Lube in Indiana, you might be surprised to see a work of the art on the side of the building.

The “Love Train on the Monon Trail” murals inspired Jiffy Lube of Indiana’s owner Steve Stanner to launch the Every Part Matters public art project. Jiffy Lube partnered with the Arts Council of Indianapolis to create the collection and will display a total of 13 murals by 2019 throughout Indiana.

“Public art appeals to us because it is accessible to everyone and removes financial barriers that can be associated with enjoying art,” said Melanie Allen, project manager. “We’ve worked hard to create connections with the artist and murals to the neighborhoods in which they’re displayed.”

Allen said the program aligns with Jiffy Lube of Indiana’s Growing People Through Work program, which focuses on the professional development and personal growth of employees and provides financial literacy, wellness coaching and tuition reimbursement.

“Both Booth and Justin were determined to become artists at a very young age and both focus on figure and extreme detail in their work,” Allen said

Allen said Booth was a celebrated commercial artist who contributed to popular magazines and advertisements. He developed his signature style by replicating the technique of wood engravings with pen and paper.

“The message ‘You Have Company’ on this mural refers to the often-invisible challenge of mental illness, which seems isolating to its victims,” Allen said.

The mural was created by Seattle-based cartoonist Ellen Forney. The design is based on her 2012 graphic nonfiction memoir, “Marbles: Mania, Depression, Michelangelo and Me.” The mural and the sale of green ribbons at participating Jiffy Lube locations support the Indiana chapter of the National Alliance on Mental Illness (NAMI).

“By creating beautiful art in neighborhoods, more and more people are exposed to something that they may not otherwise see,” Allen said. “We find the unexpected element really thrilling as well. Who would have thought that the local oil change shop would have a passion for the arts? It’s fun to surprise people.”