You are at:Home»Current in Carmel»Carmel Community»Carmel teen earns gold at international chemistry event

The International Chemistry Olympiad competition proved to be a golden experience for Carmel resident Andrew Wu. 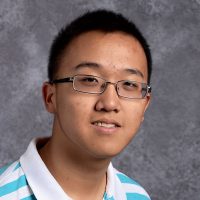 “The International Chemistry Olympiad was really an awesome experience because it’s unlike the study camp, which is hard-core studying,” Wu said. “At the International Olympiad, there are a lot of cultural excursions. We learn things about the country. In Slovakia, we visited mining towns. The international event focus is meeting other people who like chemistry. The Olympiad is about bringing people together, not really about competing.”

Wu placed 12th in the competition, earning a goal medal. The other three members of the United States squad earned gold medals as well. The team is sponsored by the American Chemical Society.

“I think we were all strong individually, but the fact that we were all aiming for the same goal also really helped us to succeed,” Wu said.

The competition is open to high school students, including 2018 graduates.

Wu attended the study camp for the second consecutive year.

“The selection process is stressful because there are 20 of us, and only four of us can make it,” Wu said. “I was more stressed this year having to work a lot harder and felt more pressure. Overall, the experience at the Air Force Academy is amazing. It’s very different from how I usually live my life. It’s very disciplined. We do a ton of chemistry and learn a lot of things.”