The Indy Shorts Festival concluded July 29. All the Choice winners will have encore screenings at the Heartland International Film Festival, Oct. 11 to 21, in Indianapolis. 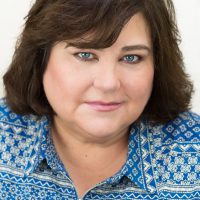 “Grateful,” which won for Indiana Spotlight, chronicles the story of Indianapolis resident Jenni Berebitsky, who suffers from ALS. Geist resident Amy Pauszek, who has her Where’s Amy photo column in Current Publishing Inc., was the film’s executive producer and producer. Paul Nethercutt served as director.

“The reason this award is so prestigious is because it is a statement to the major film industry and its executives that our film is marketable, profitable and will go places after the festival,” Pauszek said. “Jenni Berebitsky’s story will continue to move and inspire others to live their lives to the fullest. It has already opened up doors for us with exciting new opportunities ahead due to the official Audience Choice laurel we can now include with our marketing materials. The best part to me is that this was voted by our audience and not a selected jury panel.”

Other Audience Choice winners were “The Happiness Machine,” directed by Rebecca Blumhagen for Documentary Short; “Alternative Math,” directed by David Maddox for Narrative Short; and “The Driver Is Red,” directed by Randall Christopher for Animated Short.

Zionsville’s Michael Husain was writer and director for his “When the Kids Wrote the Headlines,” which won the Indiana Spotlight Competition.