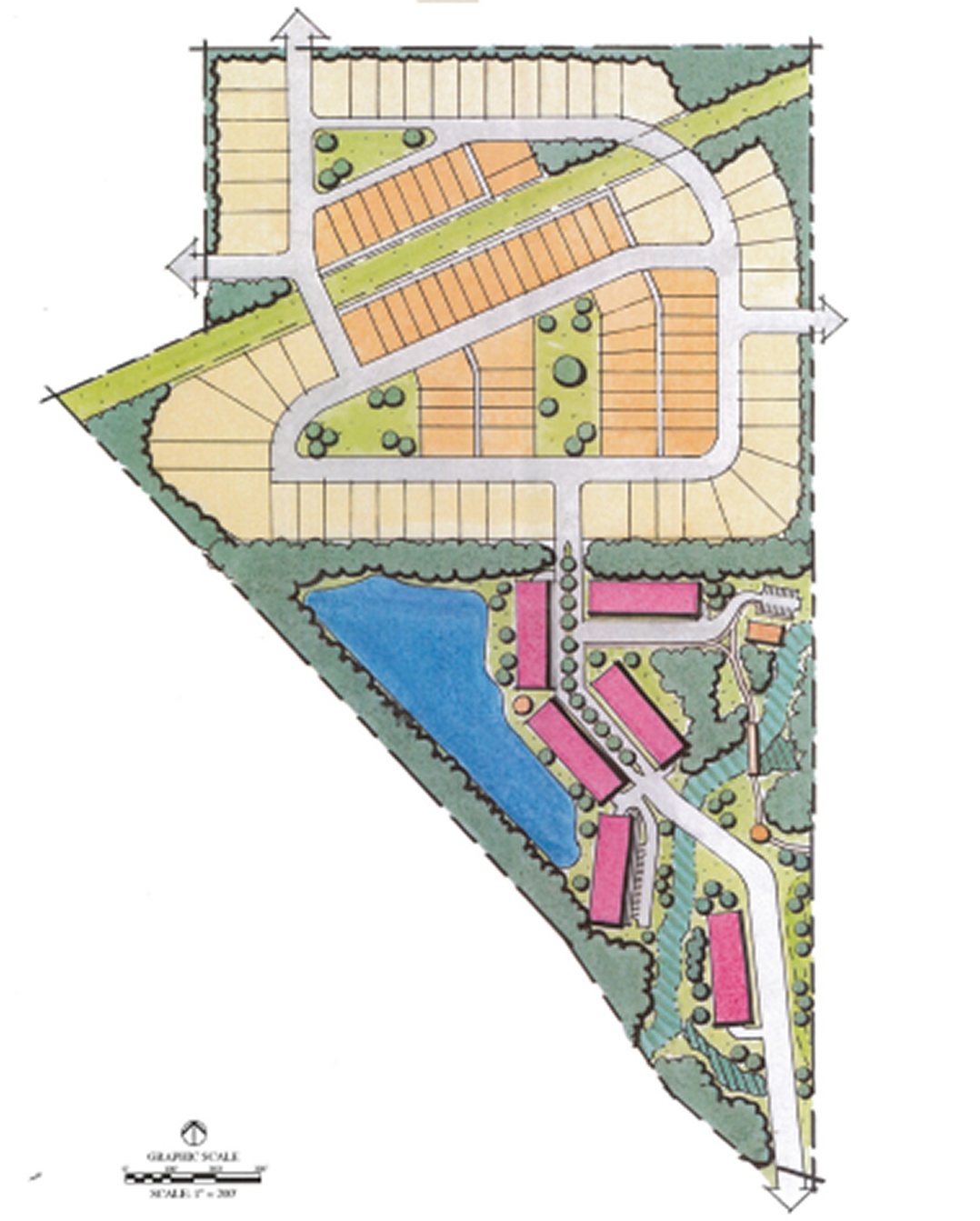 Old Town Companies has submitted plans for a new neighborhood on the northeast corner of 136th Street and Keystone Parkway, a site eyed by Beazer Homes last year.

“The Overlook” is proposed to have a maximum of 103 single-family homes and 134 multi-family units on nearly 60 acres of undeveloped land. The multi-family units would be for-sale townhomes or condominiums in six buildings. Old Town is asking the city for a rezoning from R-1 Residential to a Planned Unit Development to accommodate the mixed-use neighborhood.

“The Property is a unique piece of real estate. The neighborhood plan developed specifically for this Property offers a range of living options while preserving and enhancing the natural features and history of the area,” stated Justin Moffett of Old Town Companies in plans filed with the city. “We feel we have created a timelessly designed community that will benefit its residents, as well as a site plan that integrates seamlessly into its surroundings in terms of use and nature.”

Beazer Homes withdrew its proposal – which had been majorly revised – in January after remonstrators said they were concerned about lot sizes and other issues. The scaled down Beazer project would have included less than 120 homes, significantly fewer than Old Town’s proposal.

Old Town is planning to preserve a historic home built in 1834 on the east side of the property and at least three acres surrounding it for community park space. It could be used for a neighborhood gathering space, clubhouse, office or other use. Beazer’s initial plans for the site did not include preserving the home, which led to an outcry from many Carmel residents. Its revised plans included keeping the house.

Old Town’s plans also call for the trees on the property’s western border to remain in place to maintain the existing tree canopy along Keystone Parkway.

The Old Town Design Group, a sister company of Old Town Companies, has been involved in several Carmel developments since 2008, including Sunrise on the Monon, Jackson’s Grant and Gray Oaks.

Moffett declined an interview about the project until after he has had time to meet with neighbors of the proposed development.

Carmel’s Technical Advisory Committee is set to review the proposal at its Aug. 15 meeting at City Hall.