Jeremy Callahan isn’t a traditional farmer, in that he doesn’t raise crops on sprawling rural farmland. Rather, he grows his vegetables on a one-tenth-acre “farm” in downtown Westfield at 236 Penn St., just a few blocks from city hall.

The process is called urban farming. Callahan is self-taught in the practice. 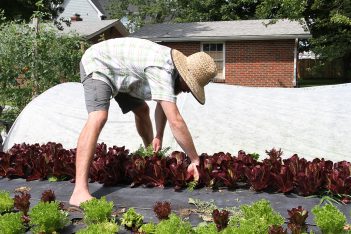 “I’m a CPA and I was getting burned out,” he said. “I needed a change, so in January of this year I started doing a bunch of research about farming. I’ve always been interested in growing my own food.”

In March, he broke ground on a plot of land originally owned by his aunt and uncle and put plants in the ground.

“This year it’s kind of a test plot,” Callahan said. “This fall I’m expanding into the front yard at my house and tripling the size of the current farm.”

Callahan mainly grows greens, root vegetables and tomatoes. He sells them under the business name Green Beard Growers at the Westfield Farmers Market. He starts all the plants from seed. His least favorite chore is pulling the weeds but otherwise enjoys all other aspects of farming.

“Just do it,” he said. “I did some research when the ground was frozen, but I just did it.”

Callahan’s crops are organic. He spreads insect netting over the vegetables, eliminating the need for chemicals. He installs landscape fabric to keep weeds out. He doesn’t till the ground, opting instead for cover crops, which replenish the soil with nutrients.

In the fall, he will install low and high tunnels to extend the growing season during cooler weather.

When his business grows larger, he plans to farm full time. He only sells at the Westfield City Market but sells out of products most weeks. He sells whatever remains to the Rail Epicurean Market.

So far, neighbors along Penn Street seem to love the organic establishment. Callahan invites them to stop by and say hello whenever he’s there.

For more on the farm, visit greenbeardgrowers.com. 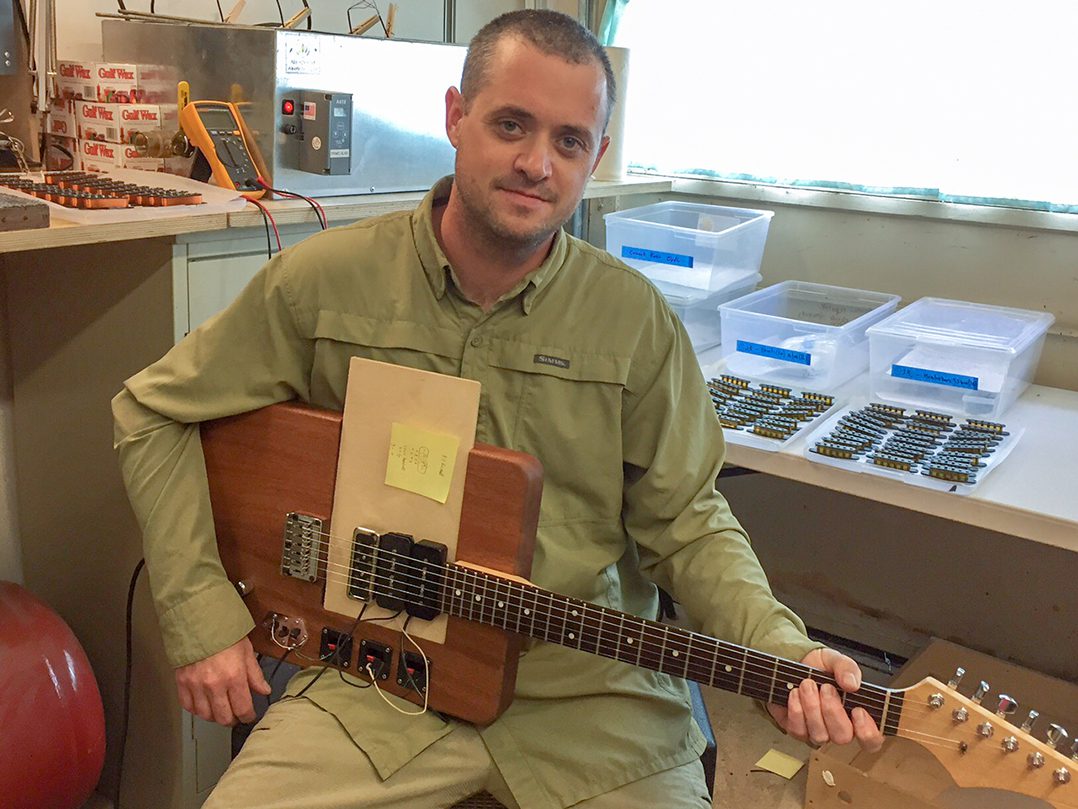 The Callahans in Westfield

“We were an event venue for a long time, but this fall we will change the concept to a before- and after-dinner place,” said Jane Callahan, co-owner of The Fern and Jeremy’s mother. “We will feature all local artisans and serve drinks and have goods to buy. We will have a full bar and we will serve charcuterie before, and desserts after.”

Jane said the idea for the business model change was inspired by the recent Park Street restaurant success and the proposal to bring the Westfield Playhouse downtown.

“Westfield’s really booming now, and with Park Street and all the restaurants and the (Westfield Playhouse) building a theater right over here, we thought it would be a nice in-between place for an evening out,” Jane said.

The Callahans will update some of the building’s aesthetics but much of it will remain the same. During daytime operation, the Callahans are working with a coffee shop to offer services from 6 a.m. to 2 p.m. The before- and after-dinner services would likely be 4 to 9 or 10 p.m.

The Callahans have another son, Jeff, who also is a business owner. Jeff owns Callahan Pickups and creates electric guitar picks for USA Custom Guitars.