Riverview Health Westfield Hospital held a VIP grand-opening ceremony with a ribbon cutting at the new hospital campus at 17600 Shamrock Blvd. on Aug. 30. 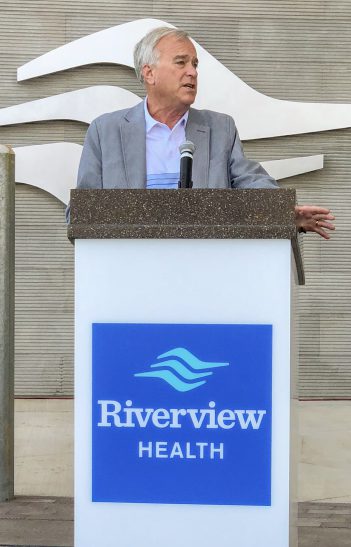 Tours of the first two floors were given, showing off amenities such as emergency and urgent care, three operating rooms, pre- and post-operative rooms, four inpatient beds with 16 more to open in the near future, laboratory services, an employer clinic, a pharmacy with a drive-thru, state-of-the-art imagining with mammography, MRI services and more.

The first two floors will open to patients in September with the following three opening by the end of the year. The sixth floor provides room for growth for physicians such as surgical specialists.

“We have a mission to improve and preserve the health and wellbeing of those we serve and we are going to be able to do that in Westfield, Indiana now,” Warren said.

Warren thanked various players such as Supt. Sherry Grate and the Westfield Washington School system for selling the property, which previously housed WWS’s football stadium, former Riverview Health CEO and President Pat Fox for laying a solid foundation, American Structurepoint for designing the building and others.

“I was very intrigued by the growth opportunities presented here,” he said.

“A new strategic plan would help us to better fulfill our mission going forward in the future,” he said. “A key part of that plan was to enhance our presence and plant the Riverview flag in the Westfield community. Fast forward 10 years and we see the results of that strategy.” 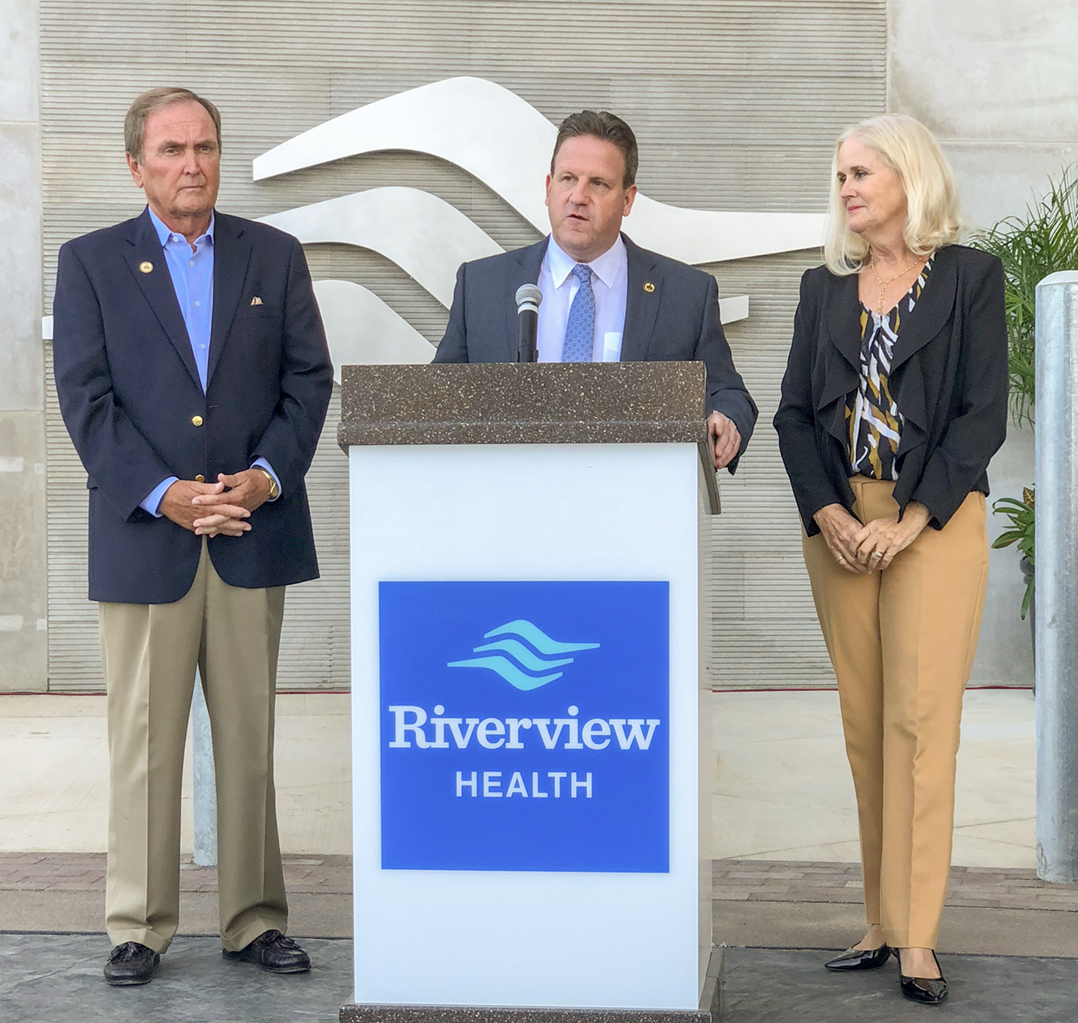 Although a county-owned hospital, Riverview Health Westfield Hospital was constructed from funds generated from Riverview Health only and not taxpayer dollars. Riverview Health is overseen by the Hamilton County Commissioners, who appoint the hospital’s seven board members. County commissioner Mark Heirbrandt also spoke at the ribbon-cutting ceremony.

“We’re very proud of the collaboration of Westfield Washington Schools under leadership of Dr. Sherry Grate, and the City of Westfield under the leadership of Mayor Andy Cook and also Hamilton County to seek their healthcare from Riverview Health clinics and the pharmacies both in Westfield you just saw here on the first floor and also in Noblesville,” Heirbrandt said. “This collaborative effort will provide convenience for the citizens of Hamilton County and our employees while promoting cost efficiencies for our insurance programs.”

Mayor Andy Cook called it a very huge day for the City of Westfield. Cook said when he and his team originally began developing the town into a city, people told him he couldn’t be a real city until there was a hospital.

“We couldn’t dream that this reality would come within really the last 10 years of this new city,” Cook said. “We are all very grateful to have this beautiful facility here that truly is going to set the stage and the bar for what the rest of this very important interchange is going to look like. It is truly the entrance to metro-Indy from the north and it certainly is the entrance to the City of Westfield.”

A public open house for Riverview Health Westfield Hospital is scheduled for 3 to 7 p.m. Aug. 31 at the new hospital, 17600 Shamrock Blvd. For more, visit riverview.org.