Adam Aasen figures he the has perfect background to achieve one of his big goals.

The small business owner and former newspaper reporter has announced that he will seek a seat on the Carmel City Council in the 2019 election. 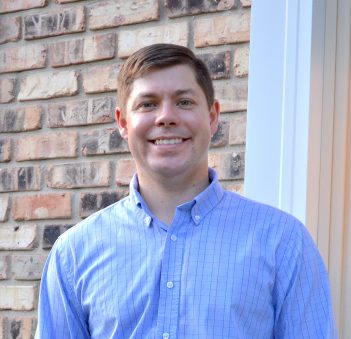 “I think I have something to offer,” Aasen said. “This city has given me so much, and I think maybe this is a way I can give back.”

Aasen opened Donatello’s Italian Restaurant with his parents in 2010. They selected Carmel’s Main Street in part because of its walkability and many events in the area. It’s a place where he enjoys connecting with customers, some of whom urged him to consider running for office.

He said he gained valuable experience as a reporter, first at the Florida Times-Union in Jacksonville and then at Current in Carmel.

“As a journalist, I’ve already had to always look at both sides of a story,” he said. “I pride myself on people saying I was objective and fair, and (looking at all sides is) important when you’re considering something. I ask a lot of questions.”

Aasen said his campaign will focus on protecting small businesses, maintaining and improving Carmel’s quality of life and keeping the community safe.

Aasen plans to run in the southeast district, but district lines will likely change before the election. Carmel became a second class city in 2016, and as a result the council is adding one new district and one additional at-large position through the 2019 election. Should the lines be redrawn to pit him against an incumbent, he said he likely will bow out of the race.

Jeff Worrell currently represents the southeast district but recently announced that he will seek the new at-large seat.

Aasen, who along with his wife, Nicole, is expecting his first child in December, said he generally supports what Mayor Jim Brainard has done for the city but isn’t afraid to speak up when he disagrees.

“Generally as evidenced by Mayor Brainard winning elections, I think people are very happy with his vision,” he said. “That doesn’t mean I’m never going to disagree with the mayor, but when I disagree I’ll do it respectfully, not to get attention for myself, with the end outcome of helping my constituents.”