Three years ago, Fernando Yanez launched A Spanish Café with the goal of teaching adults a new language in comfortable café settings across Hamilton County. Now, Yanez will offer more lessons geared toward elementary children through a partnership with the Fishers YMCA. 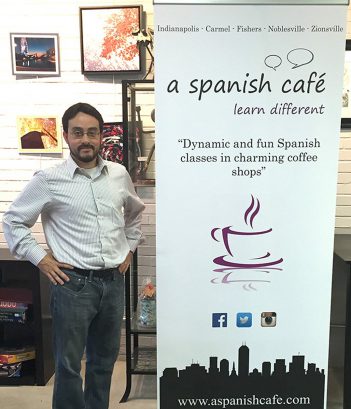 “We want to try to reach as many kids as possible,” Yanez said. “I think the families are going to be very, very interested that their kids start learning a language at that early age. All the studies show that the earlier, the better, to learn a language. In the school system, they don’t start until eighth grade so. (If) they have some background, then it’s going to be easier for them to assimilate.”

Yanez noted similar language lessons in Spain and brought the idea to the U.S. when he began his teaching career.

“I think Spanish is a language and a culture that is growing here in the United States,” Yanez said. “It’s not only growing, but it’s not going anywhere. In the future, when these kids are going to leave and the jobs they are going to do in 25 to 30 years, they are going to require the use of a second or third language. Also, (it) makes them citizens of the world and gives them cultural awareness to be able to understand what is going on in other countries and other societies.”

Students will be split into a first- and second-grade group as well as a third- and fourth-grade group. Classes will be every Saturday from 10 a.m. to noon over seven weeks. Cost is $140 for YMCA members and $180 for guests.

Yanez, a native of Spain, has lived in Fishers for four years. He taught Spanish at Hamilton Southeastern High School and now teaches at Carmel High School.