You are at:Home»Current in Zionsville»Zionsville Community»E.R.I.K.A. program aims to discourage scammers, help those in need

The Whitestown Police Dept has launched a new program which aims to protect citizens from scammers and help stranded travelers and others in need. The program, called Emergency Response In Kindness Assistance, shortened to E.R.I.K.A., is named for Whitestown resident Erika Shepherd, who was approached by someone asking for money earlier this year. Shepherd wanted to help, but suspected that the person might be a scammer, once they asked her to drive them to an ATM.

get back home, out of state, to her family,” said Tanya Sumner, director of public relations for

Whitestown. “When the resident, Erika, said she had no cash, the woman asked Erika to drive her to an ATM. Erika suspected it was scam.”

Whitestown police are familiar with many stories like Shepherd’s, in which citizens feel caught between protecting themselves and assisting others. The E.R.I.K.A. Program will allow Whitestown police to intervene in such cases and offer $25 prepaid cards to stranded travelers or anyone with a legitimate, emergency need. 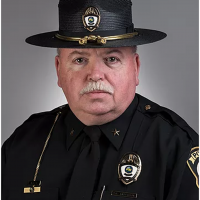 “We’re always encountering people who are running out of gas,” said Whitestown Police Chief Dennis Anderson. “We had an incident last fall where a mother and her kids were traveling and the battery went bad in her minivan. She had money on her, but not enough for a battery. That kind of assistance is what we’re looking to be able to provide.”

Anderson also said that the program is designed to discourage scammers.

“If I’m a scammer, the last thing I want to do is have a conversation with law enforcement. So, if you tell someone asking for money that the police can assist them and they say ‘no, no, nevermind’, you’ve probably avoided being scammed.”

The program is simple. Police dept. supervisors distribute $25 gift cards to officers, who give them to people who have a genuine immediate need, such as a vehicle breakdown.

Whitestown recently implemented the E.R.I.K.A. program and is the sole town using it, for now, though Anderson is hopeful that similar programs may spread through the state if E.R.I.K.A. is successful.

“I think any time that you’re doing community policing, it has a positive impact. The role of law enforcement is to help people in need and that’s what this program is,” Anderson said.