You are at:Home»Current in Fishers»Fishers Community»Fishers comedy author publishes book

The Fishers resident spent more than two decades working in factories as an electrician before a financial crisis hit Kiel’s hometown of Dayton, Ohio in late 2006. He said he lost a lot of friends from the factory, many to heart-related diseases. 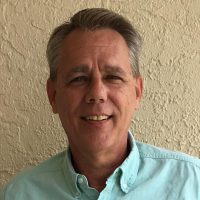 When the factories began to close, Kiel said nearly 30,000 people were without work, including himself, compelling him to seek new ventures in Indiana. He is now a fledgling Hoosier author.

“I have enjoyed writing all my life but never pursued it,” Kiel said. “I had a good trade, a wife and daughter, so I am new to this. I am not well known but I want to establish myself a little bit.”

Kiel recently published “Cabbage or Casket: What You Don’t Know Will Kill You.” He was inspired to write the book after the death of so many of his friends.

“It is not an instructional book and I am not trying to be an expert on heart disease, I make that clear,” Kiel said. “The story is still ongoing, and I hope to reach some people that were living like myself but had no idea of the ticking time bomb that is heart disease.”

Kiel wants to raise awareness for the topic but at the same time make readers laugh.

“(It’s for) oblivious men like me who think ‘middle-aged’ is only halfway to the grave,” he said. “And for the women who want them around a bit longer.”

Kiel said the book is a cautionary tale with a bit of humor. He said it also is a story of bewilderment and confusion.

“I hope this is a warning to people and get them motivated to maybe look at where they are in their lives,” he said.

Kiel’s first book, “Corpses in Trees and Rats on a Raft,” is a historical sharing of the long-lost words of reporters from 100 years ago. It offers a glimpse of the true stories of despair, compassion and heroic rescues during the Great Flood of 1913.

To order “Cabbage or Casket: What You Don’t Know Will Kill You,” visit amzn.to/2mEqFUN or email Kiel at dzkiel@gmail.com