You are at:Home»Current in Geist»Geist Community»City of Lawrence proposes 2019 budget 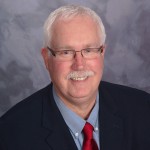 Fenwick said if passed, it will mark the third consecutive year for a balanced budget. The city has been awarded for its budget the past two years. 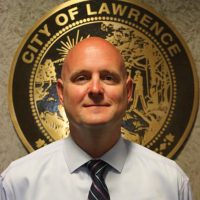 “This proposal is a sound and responsible fiscal plan that will enable the city to serve the interests of its citizens and visitors, providing appropriate resources to serve our community and provide continued public safety protection, maintain our roads and streets, invest in our parks system and continue upgrading our long-term capital needs while striving to enhance the overall quality of life for the citizens of our community,” Fenwick said. “It will also become our submittal to the Government Finance Officer’s Association’s Distinguished Budget Presentation Program. We are pleased to have earned this award for 2018, our second consecutive year of earning this distinction.”

Here are highlights of the 2019 budget proposal:

“Our proposal is balanced and achieves an important milestone in maintaining a general fund operating reserve of at least 20 percent budgeted expenditures,” Fenwick said. “By comparison, the state of Indiana’s operating reserve is 11.3 percent of expenditures. It is extremely important to maintain this operating reserve, as it provides a safety net against unexpected emergencies and shifts in revenue forecasts. It also allows the city to discontinue interim borrowing with tax anticipating notes for cash-flow needs, providing substantial interest cost savings in the general fund. The city can also now proactively manage its short-term investments, generating interest income, a new revenue source. Additionally, unreserved funds above the 20-percent reserve can be released and used for one-time investments. With this proposal, we are pleased to release nearly $500,000 in unreserved funds for this purpose.”

Fenwick said although finances have been on a major upswing since Mayor Steve Collier took office, the city continues to face a significant challenge funding post-employment benefits to retiring employees. Fenwick said the 2019 budget proposal includes funding and ordinances to mitigate those liabilities

“We are only beginning to address this challenge, and it will take several more years to build these reserves,” Fenwick said.