You are at:Home»Current in Fishers»Fishers Business Local»LouVino plans to expand to Mass Ave early next year

LouVino, which opened in 2016 in Fishers, will open a new location in the Penrose On Mass Ave development in early 2019. The Louisville-based eatery focuses on wine and southern-inspired shared plates. It will be the fifth location opened by owners Chad and Lauren Coulter.

“Mass Ave is a location we’ve had our eyes on for a while,” Chad said. “It’s a hot place to be. We knew we wanted to do around five or six LouVino locations. For us, having a more downtown area and a more suburban area is the model we’ve been going after. We actually did it in reverse this time.” 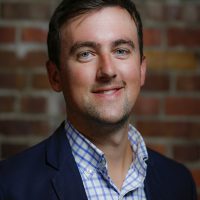 The new location will be approximately 5,000 square feet and have two private dining rooms.

“One of the private dining rooms will hold about 16, and the other will hold about 35 or so,” Chad said. “We’ll also have a little lounge area on the mezzanine floor and an open kitchen.”

The executive chef at the Fishers location will move to the Mass Ave restaurant. The menu will be slightly different than in Fishers.

“We’ll have some people moving around in the company, which is good,” Chad said. “Half of our menu stays the same at all locations and then the other half is up to the person at that specific location. People can try some other things at both locations.”

Construction is tentatively scheduled to start in October or November with a goal of opening in February 2019.

“We hope to hit the ground running,” Chad Coulter said. “The thing that is different about this location is the ability to have private events. We want to do more wine dinners and more wine education events. I think we’ll be able to do more of that with the private space.”