Madalyn Kinsey has been writing for as long as she’s been able to type. As a child, she’d tap away on her parents’ Royal manual typewriter. She went on to earn a journalism degree from Indiana University with dreams of working at a newspaper, but instead enrolled in law school.

She is now a partner in an Indianapolis law firm, Kroger Gardis & Regas, representing large banks and real estate investors. 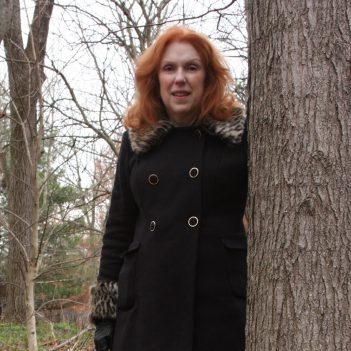 But she has always aspired to write novels.

“After starting several that went only so far before I hit a wall and stopped, the idea of writing about a young city girl visiting her extended family in Hamilton County in 1967 came to me,” Kinsey said. “The fish-out-of-water in the country theme was something I could run with.”

That led to “The Vanessa Mysteries” series. “The Ghost of Cheeney Creek” was published in 2014, followed by “The Mystery of Gatewood Airport” in 2015, and then “The Man Who Defied Gravity” in 2016.

Now, the attorney-turned-writer is tackling a new genre – comedy. Her book, “I’ll Go to the Gym When I Lose Weight – the Musings of a Bewildered Middle-Aged Woman,” was published in July. It’s a collection of 35 humorous essays that she said appeals to men and women.

“I wanted to write a book that would make people laugh or at least get a good chuckle. Several people I met at author events for ‘The Vanessa Mysteries’ told me they were looking for something easy to read that would take them to a happy place and help them forget their worries,” Kinsey said. “I felt there was a niche to fill, so I wrote this for them and for the rest of us who could use a little humor in our lives.”

With the exception of a few chapters where Kinsey mentions her mother and refers to some old boyfriends without naming names, she doesn’t consider the book autobiographical.

“There’s no denying I express my own observations about life’s absurdities and frustrations, and to that extent it’s personal,” she said. “I initially tried very hard not to include any references or anecdotes to me and my life. I wanted to remain private, but the more I listened to stand-up comedians like Amy Schumer and the fictional character of Midge Maisel in the TV show ‘The Marvelous Mrs. Maisel,’ the more I realized I had to be forthcoming about my life in order to give the humor humanity and make it real, which in turn makes it funny. I opened up much more than I would have if I were younger. At this age, who cares?”

The book is available for $12.95 on Amazon, at Black Dog Books in Zionsville and Allisonville Nursery and Home Store in Fishers. Kinsey will sign books at the Fishers Library Booktoberfest Nov. 3; Toy & Hobby Show at the Indiana State Fairgrounds Nov. 10; and Noblesville Holiday Market at the Hamilton County Fairgrounds Dec. 1.