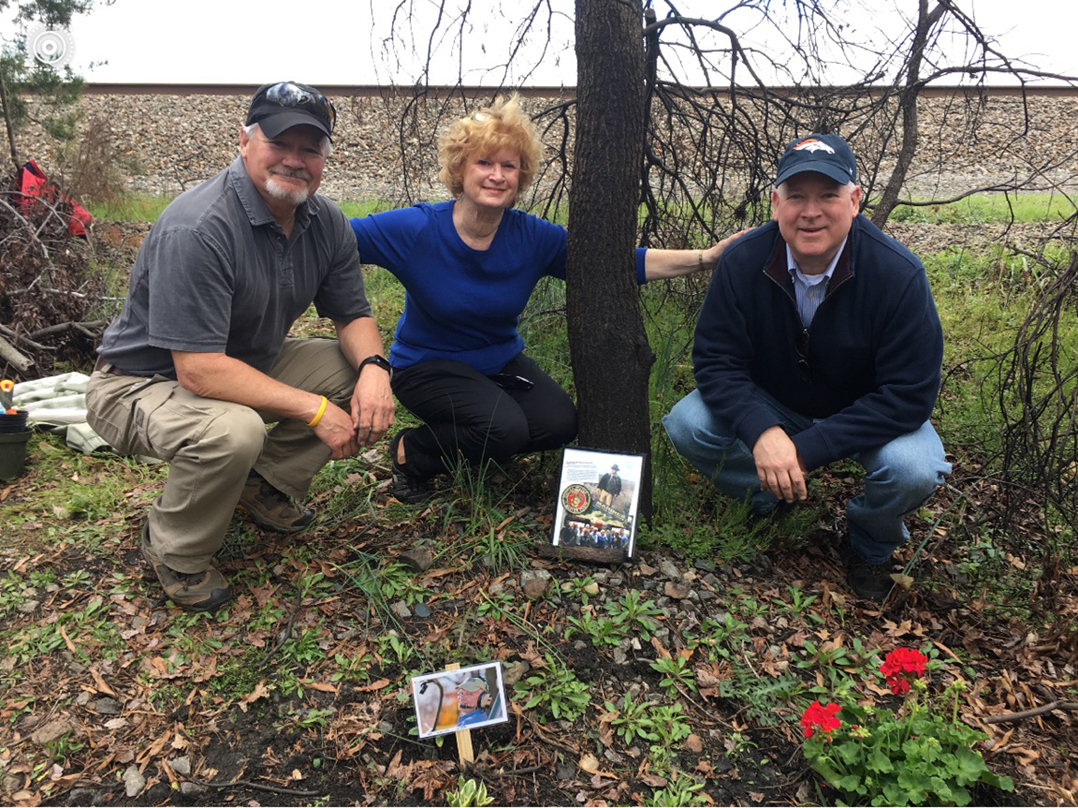 From left, Jay Hamerstadt, Margo Finney and Jim Hamerstadt pause at the site of a plane crash where their brother, Bill Hamerstadt, died in 2016. (Submitted photo)

Jay Hamerstadt was full of grief after his twin brother died in an airplane accident more than two years ago, but he also had a nagging feeling that something wasn’t quite right when he heard about his brother’s final moments. 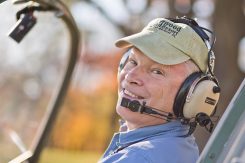 The Virginia State Police told him – and news outlets across the nation reported – that Bill Hamerstadt of Carmel had been piloting the twin-engine airplane in August 2016 when it had trouble landing and crashed into a treeline moments later near an airport in Fredericksburg, Va., killing all six people aboard.

But to Jay Hamerstadt, it just didn’t make sense. Robert Ross, 73, Bill’s longtime friend who was also a pilot, owned the plane and had flown it from Louisville, his hometown, to Shelbyville to pick up Bill and the other passengers earlier in the day. Plus Bill was a “record-keeping maniac” who took flying “very, very seriously,” Jay said.

The National Transportation Safety Board released its final report on the accident Oct. 1. It shows that Jay’s intuition may have been correct – at least in part. The report concludes that Ross was piloting the plane, but since both men were sitting at seats with fully functional flight controls, investigators could not determine which pilot was manipulating the controls during the crash or at any other time during the flight.

The report does not identify the passengers by name, but members of the Hamerstadt and Ross families confirmed that details indicate Ross is the person the NTSB identified as the pilot and Bill is the pilot-rated passenger.

“When people read about an airplane accident and they read it was the pilot’s fault, that sticks with people,” said Jay, who lives near Denver, Colo. “What did he do wrong? Bill didn’t do anything wrong.”

Jay said a representative from the Virginia State Police told him that their investigators identified Bill as the pilot because he was the only licensed pilot on board, a mistake he finds understandable before a full investigation could occur. Corinne Geller, public relations director for the Virginia State Police, said her agency’s files on the incident will be updated to include findings from the NTSB report.

The NTSB report concluded that pilot error is the probable cause of the accident, although it’s not clear specifically what happened in the plane in the moments before the crash.

The report states that Ross did not hold a Federal Aviation Administration medical certificate, which is needed to maintain a pilot’s license. He had several medical issues that likely did not play a role in the crash, however the report could not rule out diabetes leading to acutely low blood sugar or heart disease causing a cardiac arrest. Toxicology tests found a prescription sleep aid in his system, but they were at levels low enough to likely not play a factor.

Bill also had heart disease, according to the report, but it states it’s unlikely both pilots suffered a medical emergency at the same time as they attempted to land the plane.

“Do we know what the pilot error was? We don’t know, and we don’t know why it occurred. Those are things we’ll never be able to answer,” Jay said. “What’s been important to me is the fact that I knew the kind of pilot Bill was, and I know he wouldn’t jump in to (pilot) an airplane in which he didn’t have (many flying hours).”

Jay and his sister, Margo Finney of Carmel, said their brother knew that Ross had some medical issues, but they doubt he knew the extent of them. They are confident he wouldn’t have let anyone else board the plane flown by a pilot without a valid license.

The other passengers were Lisa Borinstein, 52, and her son, Luke, 19, and daughter, Emma, 15. Maren Timmermann, 15, a foreign exchange student from Germany staying with the family at the time, also died in the crash. The group was flying to their son and brother, Drew Borinstein’s, commissioning at Marine Corps Base Quantico. Bill, who served in the Marines from 1974 to 2005, had been mentoring Drew.

“I don’t think he would’ve risked taking the other family (if he knew),” Finney said. “To Bill family was very important.”

The Ross family declined to comment on the record.

Jay, Finney and their younger brother, Jim Hamerstadt of Cincinnati, are still mourning for Bill, but they find joy in remembering his lifelong love of flying and passion for sharing it with others.

The Hamerstadts moved to the Nora area in 1958, and the eldest three siblings graduated from North Central High School (Jim graduated from Brebeuf). Bill had a paper route and used his earnings to take flying lessons that their mother didn’t even know about, Finney said. She remembers Bill earning his pilot’s license and driver’s license at around the same time.

Bill worked as a financial representative at Northwestern Mutual Financial Network at the time of his death, but at age 64 he was nearing retirement and was in the process of becoming a certified flying instructor. He loved children, Finney said, and often brought his grandchildren, nieces and nephews to the airport to check out the planes.

The plane crash occurred adjacent to a Civil War Battlefield known as Slaughter Pen Farm, an undeveloped part of the Fredericksburg Battlefield. That fact that would have probably fascinated Bill, a Civil War history buff, his siblings said.

“When Bill was in the Marines he was activated several times and deployed, but he was never actually in the thick of it all,” Finney said. “He always thought one of the most loyal things to do was if you lost your life for your country, so this is kind of ironic.”