You are at:Home»Current in Carmel»Carmel Community»2016 election inspires Carmel Democrat to run for state legislature

The results of the 2016 presidential election inspired Carmel resident Naomi Bechtold to seek to become a local voice of change. The day after the vote she decided to take action.

“I looked at my husband and said, ‘I am running,’ because I knew we needed to have a new voice,” she said. “I did not like what I was seeing with the way that we were moving ahead, so I thought the way I can work on things nationally is by working on things at home.” 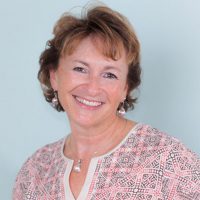 Democrat Bechtold, 55, a first-time candidate, is facing incumbent Republican Donna Schaibley for the District 24 seat in the Indiana House of Representatives. Schaibley won re-election in 2016 with more than 80 percent of the vote in a race against a Libertarian candidate, but Bechtold believes Democrats are poised to do better than ever before in Hamilton County.

“Absolutely (the district) has been a very red area, but things are changing,” she said.

One area where Bechtold said she differs from Schaibley is her view on diversity. Bechtold noted that Schaibley voted for the controversial Religious Freedom Restoration Act (and its subsequent fix) and that she did not support the construction of a mosque at 141st St. and Shelborne Road in West Carmel, which is near Bechtold’s home. Schaibley said she is in favor of the mosque being built, just not at that site.

“For so many reasons, it is vitally important for us to have as diverse a community as possible,” Bechtold said. “I want (people of diverse backgrounds) next door to me, because they add so much vibrancy to our community.”

Bechtold lives in Carmel with her husband, Marty, the director of booking at Bankers Life Fieldhouse. She has a daughter who recently graduated from Indiana University and a son at Purdue University. She works as an extension educator for Purdue University Cooperative Extension Service. She is a board member for the Carmel Clay Parks Foundation, is founding member of the Carmel Kiwanis Club and is vice president for the Indiana affiliate of the National Extension Association of Family and Consumer Sciences.