You are at:Home»Current in Westfield»Westfield Community»YMCA seeks to break ground in spring of 2019 in Westfield

Shannon Russell is passionate about her job and her hometown.

Russell has lived in Westfield for 20 years and worked for the YMCA of Greater Indianapolis for 22 years.

Now, she is able to blend those passions. 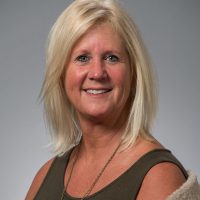 “When the opportunity presented itself to build a Y in Westfield, I was like, ‘I’m in. I’m in. Let’s make this happen,’” Russell said at the Oct. 18 Chamber of Commerce luncheon at The Bridgewater Club in Westfield.

Russell, the major gifts officer for the Westfield YMCA, said the goal is to break ground in the spring of 2019 and open in the fall of 2020.

“The school absolutely has to open the pool in the fall of 2020,” Russell said. “I hope we have the funds raised by the end of the first quarter of next year.”

“I’m optimistically hopeful,” she said of funding the pool.

YMCA of Greater Indianapolis CEO/President Eric Ellsworth said 75 percent of pledges in dollars have to be made before construction can begin.

Russell said the project started with a feasibility study in the fall of 2017 to see if Westfield could support a YMCA.

“We found out overwhelmingly that we can,” Russell said. “We then did a marketing study to determine what this YMCA should offer, what do we need at this YMCA.”

The Westfield Washington Schools system is partnering by contributing $15 million to build the aquatics center. The Wheeler family donated 10 acres at the corner 181st Street and Wheeler Road, Ellsworth said.

“We owe a great debt to the Wheeler family for making that land available,” Ellsworth said. “I want to thank Mayor (Andy) Cook and the City of Westfield for being our partner with this. The kind of progress you are making in this city doesn’t happen without a great mayor.”

Ellsworth said he expects to attract a hospital as a partner as well. He said the last five YMCAs built in the Indianapolis area have had a hospital partner.

“We hope we are going to have hundreds of partners, those who are going to contribute to the cause,” Ellsworth said.

When the YMCA is built, Russell said chamber members might want to volunteer. The present design is for more than 100,000 square feet.

The YMCA’s 50-meter natatorium will be for members to us as well as schools and clubs.

“When we talk about the healthy living aspect, we know we are going to have a pool and that we are going to have two gymnasiums,” Russell said. “Some of us will be doing aerobics and some will shoot around on the basketball courts. We’ll also have state-of-the art equipment that people have come to expect and know. We’ll have cardio equipment. We’ll have a dedicated cycle studio for spin classes and things like that.”

As far as youth development, Russell said the plan is for the YMCA to have preschool enrichment programs for ages 3 to 6.

“The YMCA brings us all together and bring us out of the silos. It’s that community center where you know everyone,” Russell said. “We’ll also have the teen programming. Now when it snows, it’s not a snow day, it’s an e-learning day.”

Russell said kids will be able to come to the YMCA on those e-learning days. She said there will be teen leadership programs as well.

“We don’t turn anyone away due to inability to pay,” she said. “We will have sliding fee skills. That’s part of our social responsibility.”

There will be an inter-generational room and a chapel and another upper-level lap pool for members to use if the natatorium is being used. Two hours of child care will be available with membership on YMCA visits.