You are at:Home»Current in Carmel»Carmel Community»Carmel’s Davis eager to present ‘brilliant’ women’s conference

Marie Davis entered unknown territory in January when she became the first executive director of the Indiana Conference for Women, the largest one-day professional event for women in the Midwest. 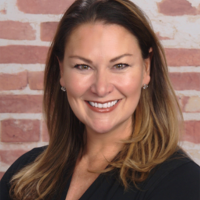 The conference allows women from all professions at all stages of their careers to be in fellowship and be inspired by others they wouldn’t normally meet. The event begins at 8 a.m. Nov. 8 at the JW Marriot in Indianapolis.

“Our attendees come from across the country to participate,” said Davis, a Carmel resident. “There is no other event that brings this many professional women and male allies together across all professions, professional stages, educational backgrounds and political and cultural affiliations.”

Davis is an Illinois native who studied media communications at Eastern Illinois University. An English professor motivated Davis to pursue public speaking and debate, which she said was the avenue where she discovered her voice and began searching for leadership positions. Davis has since worked in agriculture, environmental science and government. Most recently, she served as the director of communications strategy for Lt. Gov. Suzanne Crouch.

Davis said the ability to speak well in public makes her brave and encourages her to do the unexpected, including leading the conference. With help from co-founders and board members who are already leaders in the community, Davis was able to secure the team, support and funding necessary for the event.

Since the inaugural conference nine years ago, co-founders Billie Dragoo-Garcia and Deborah Collins Stephens grew the event from 300 women to an expected 2,000 this year. Davis said it was an honor to join the staff and she is eager to see this year’s work come to fruition.

“Honestly, it feels cathartic because I feel an affinity for all the attendees, C-suites (and) entrepreneurs all the way to high-potential, soon-to-be university graduates because they represent all the stages of my own career,” she said.

Tickets are $325. For more, visit indianaconferenceforwomen.com.