You are at:Home»Current in Carmel»Carmel Community»Libertarian aims to restore personal freedoms, eliminate some taxes if elected to District 24 seat

Libertarian Donald Rainwater is challenging incumbent Republican Donna Schaibley and Democrat Naomi Bechtold for the District 24 seat in the Indiana House of Representatives. 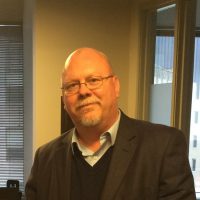 “I believe that our Democratic Republic form of government and our personal freedoms are under attack in Indiana,” Rainwater stated on his website. “The Indiana General Assembly has increased taxes significantly over the past few years, and they have also repeatedly disenfranchised voters by disbanding duly-elected school boards and converting the Indiana superintendent of public instruction from an elected position to a governor-appointed position.”

His other campaign platforms include:

Rainwater is a Westfield resident who graduated from Warren Central High School and attended Bob Jones University. He served in the U.S. Navy from 1982 to 1990. He works as a product manager at Ascension Technologies.