You are at:Home»Current in Zionsville»Zionsville Community»Zionsville Postmaster speaks to elementary students 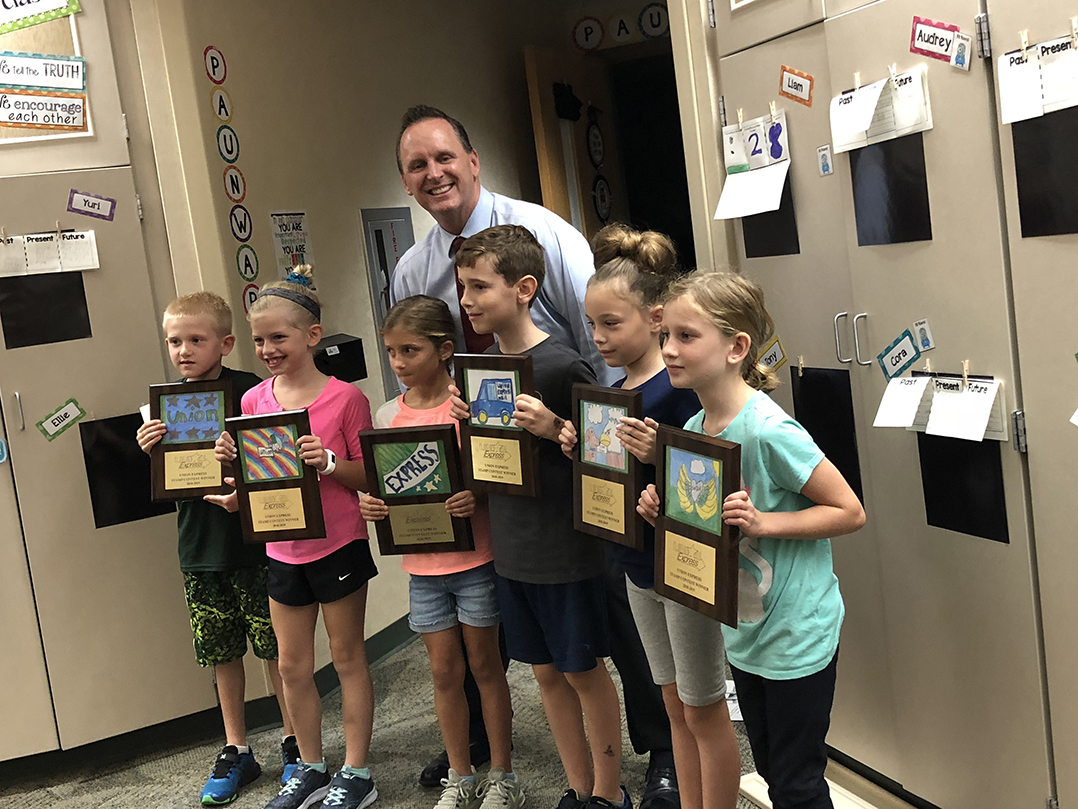 On Oct. 2, Zionsville Postmaster General Paul Chaffee spoke to Union Elementary’s second-grade class about the U.S. Postal Service. He also swore in the students as honorary mail carriers. The second-grade class is responsible for collecting, sorting and delivering mail twice a week through an in-school mail service called Union Express. The program is designed to teach students how to use the postal service. It also serves as a way for teachers and parents to correspond with students and students to correspond with their classmates. As part of the program, Union Elementary second-graders participate in a stamp design contest. At the Oct. 2 ceremony, six students were awarded plaques for their Union Express stamp designs and were given $10 Target gift cards.