You are at:Home»Current in Geist»Geist Cover Stories»Engineering excellence: Lawrence Township Schools home to Indiana’s Teacher of the Year

Last month, the Indiana Dept. of Transportation named the Metropolitan School District of Lawrence Township’s Tamara Markey as its 2019 Teacher of the Year.

Markey has taught in the district for four years. During the past three, she has taught pre-engineering at the McKenzie Center for Information and Technology, MSDLT’s high-school-level career center.

“I started student-teaching in the district at Fall Creek Valley Middle School in fall 2014,” Markey said. “I student-taught for that semester, and then in January I was assigned to McKenzie for my second rotation at (the high school level), so I began in 2014, but that first year was student-teaching. I started teaching full time and independently in 2015.”

Today, Markey teaches in the same classroom in which she completed her student-teaching.

Jennifer McCormick, the state superintendent of public instruction, said that she and the Indiana Dept. of Education were proud to announce a STEM teacher as the recipient of the honor.

“I always knew that my concentration would be technology,” Markey said. “The middle school classes actually encompass a little bit of computer science and engineering as well as biomed to try and give the students kind of an overall view of what they could potentially do in high school. So, when I came to the high school, it was just a perfect fit to do engineering because of my engineering background.”

Markey worked as an engineer before she became a teacher. She earned her undergraduate degree in industrial engineering and her master’s degree in engineering technology education from Purdue University. After college, she began her engineering career working for Amoco Oil and later BP Pipelines.

“My first exposure to engineering was in high school,” Markey said. “I grew up in Detroit, Mich., but my mom remarried, and we moved to Idaho Falls when I was a junior in high school. Most of the people in that geographic area in southeast Idaho work at the Idaho Nuclear Engineering Laboratory, and that site, which is in the middle of the desert, it’s actually made up of a lot of tech companies. Approaching graduation, I had a guidance counselor that said, ‘You’re really good at science and math, and you’re a black female. You need to be an engineer,’ and then I ended up in freshman engineering at Purdue University.”

Nine years after working for Amoco Oil and BP Pipelines, Markey took a break from working to take care of her family. Twelve years later, she went back to college to earn her master’s degree with a goal to teach.

“That desire stems from a very young age because I had some really good, influential teachers that shaped me,” Markey said. “I also believe that teaching is a gift, one that I naturally possess. Shortly after I graduated undergrad, I started looking into programs that could help me move into the area of teaching, and it was just never the right time.”

But in 2010, Markey learned about the Woodrow Wilson Fellowship program.

“It’s an awesome program that is geared towards transitioning professionals that have experience in STEM into teaching,” she said. “Unfortunately, when I first learned about it, my family was living in Arkansas, but as soon as we moved to Indiana, I remembered that program and I applied and was accepted.” 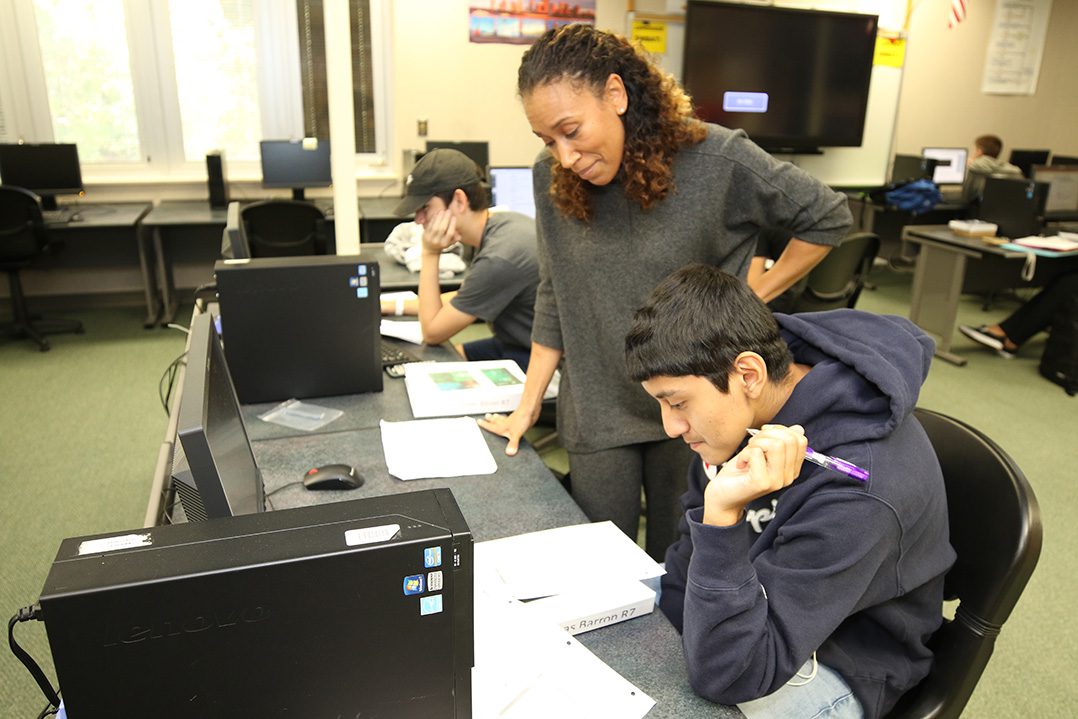 For more than 60 years, the Indiana Dept. of Education has held its Teacher of the Year program to recognize outstanding classroom teachers from across the state.

Finalists are chosen from a pool of applicants, and the screening and selection committee is made up of former recipients, IDOE staff, educational organization leaders, business and community leaders and representatives from higher education. Former winners include retired educators, administrators, college professors and teacher leaders who support the education community.