Robert Horsey’s mission of raising awareness about organ donation by writing a novel is paying off in a few ways. 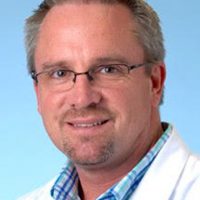 The Carmel resident wrote “Gifted,” a self-published, fictionalized novel loosely based on his own experiences in his position with Mid-America Transplant in St. Louis.

“It’s been incredibly gratifying to know that the book has touched many lives in a positive way and has gotten people to consider their decision to be an organ donor,” Horsey said. “It’s not only raising awareness but raising funds for Donor Life America.”

Horsey said he donates a portion of the book’s proceeds to Donate Life America.

“I figure how could I write a book about giving and not give back?” Horsey said.

Horsey was invited to the Transplant Games of America in Salt Lake City, Utah, in August.  The event is held every two years.

“It’s basically the Olympics for transplant recipients and organ donor families,” Horsey said. “There, I was able to sell books to people from around the world. The book has now touched five continents.”

“We’ve joined forces to put together a program on donor designation and becoming an organ donor,” Horsey said. “We’ve given our talk in Chicago and multiple places in Indianapolis. We’re open to more opportunities if anyone wishes to have us come and speak and give perspective on the medical side about organ donation.”

Horsey has started writing a second book, which he hopes to have finished in 2019.

“I don’t want to call it a sequel, but there are some similarities to the book I’ve written,” he said.