You are at:Home»Current in Zionsville»Zionsville Community»Zionsville man arrested for drug dealing

Collin Prestholt, 20, was arrested Nov. 13 by the Zionsville Police Dept. for running a drug operation out of an RV in Zionsville.

According to an affidavit, Prestholt was first arrested in January 2017 when a package was intercepted by the Los Angeles Police Dept. containing $16,000 in cash. The money was packaged in a manner consistent with drug trafficking, according to the document, and had a Zionsville return address. 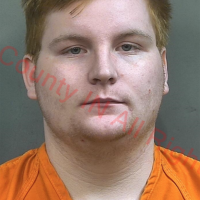 Prestholt told LAPD  the money was for a Mazda 6 vehicle he was buying but agreed to disclaim the money.

In February 2017, officers responded to a burglary at the Zionsville home of Prestholt’s parents in Spring Knoll. While in custody, the burglary suspects indicated the home was a target because of the drugs and money delivered to the home and hidden there by Prestholt.

The Hamilton/Boone County Drug Task Force began an investigation into Prestholt that lasted nearly two years. On March 1, 2017, an anonymous tip to the task force described Prestholt as the leader of a large drug ring.

Prestholt was arrested by Indianapolis the Metropolitan Police Dept. March 11, 2017 on preliminary charges of dealing and possession of marijuana. IMPD searched Prestholt’s Indianapolis apartment after receiving an anonymous tip and recovered a rifle, $46,000 in cash, marijuana and paraphernalia.

In April 2018, more than one year later, Prestholt pleaded guilty to dealing hashish oil and was sentenced to 322 days of probation. His probation was transferred to Boone County, where he lived with his parents.

Task force detectives arrested Quinn Lundeen in July 2018 for dealing marijuana and seized his phone during the arrest. They obtained a search warrant for the phone, which alerted them to Prestholt’s RV, thought to be parked somewhere in Zionsville.

Complaints made at a property on 400 South, near Heritage Trails Park, alerted police to the presence of a  tan camper trailer. Police began staking out the property and observed Prestholt coming and going with various people.

The task force obtained a search warrant for the RV and found 442 grams of marijuana, along with scales and paraphernalia. ZPD arrested Prestholt Nov. 13. He posted bond and was released Nov. 19.