You are at:Home»Current in Westfield»Westfield Cover Stories»Discovering Palmyra: Westfield man creates archive on Pacific atoll, to visit for first time next month

Westfield resident Jesse Johnson originally began researching Palmyra Atoll a decade ago for a novel he planned to write. Although he didn’t write a book from the research, he did create an archive.

“I started independently studying this place called Palmyra and formalized that into an online archive and repository to deposit all the materials,” Johnson said. “Nobody else had done it and I kept waiting for someone else to do.” 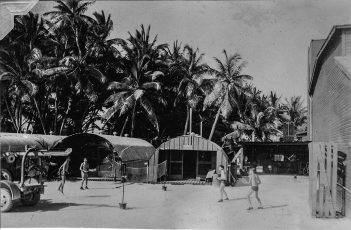 The U.S. Navy occupied Palmyra during World War II and used it for a refueling base. Originally, the atoll consisted of 52 islands. Now, it has only 25.

“It’s nearly impossible to describe how much work they did to it,” Johnson said.

Because Johnson was the first citizen to request information on the atoll, much of the information he requested had to first be declassified.

“I reached out to a crew member in the naval archive in San Francisco and requested information on Palmyra. He said they had a couple dozen boxes but none had been declassified because nobody asked for it,” Johnson said. “It was all material on (Palmyra’s) uses as a World War II naval base. They let you make photocopies.”

Johnson spent several days in San Francisco in 2006. That’s when he began his research.

“That’s what kicked it off,” he said. “I started seeing all the different things and connections and there was a lot. The Navy essentially stole Palmyra from private owners because they didn’t like the owners.”

The Hawaii Nature Conservancy has requested to use Johnson’s archives and will fly him to Palmyra Jan. 21, 2019 to continue research of the atoll. It will be Johnson’s first time visiting Palmyra.

“They’re flying me out there, and I’m going to build a virtual tour of the atoll based on what it was used for during World War II, which was a Navy refueling base,” Johnson said. “I will take the images I have from that time and compare them to current images I’ll take and use some aerial photographs and maps to build this archive. Today, it’s a research station for scientists.” 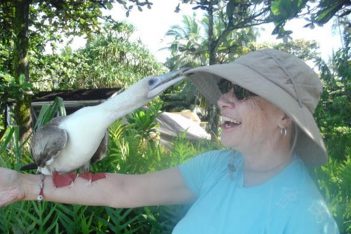 Gina Lobaco, senior associate director of philanthropy for the Palmyra Program, said the U.S. Navy disrupted the Palmyra ecosystem while it occupied the atoll. (Submitted photo)

“His work documenting the naval presence there is important to us because the Navy completely disrupted the ecosystem on Palmyra when they were there,” Lobaco said. “They basically rearranged the entire place. The conservancy saw it as an important resource for scientists to understand how things work in an interrupted ecosystem.”

Lobaco said the Nature Conservancy will study Palmyra to learn how a dead ecosystem recovers from human contamination.

“It created a fantastic opportunity for conservation science community members like the Nature Conservancy to understand how recovery works when there’s no longer a continuing human influence or human disruption in place,” Lobaco said. “Palmyra is an important baseline for scientific study because it’s now protected and the work Jesse has done to create a meticulous record sheds a lot of light.” 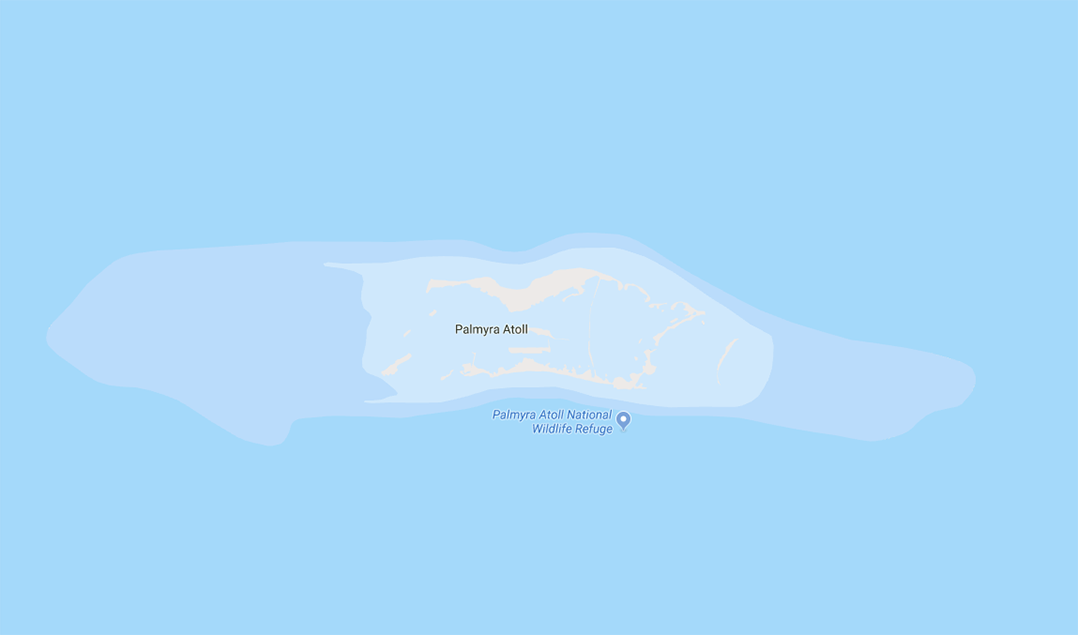 Palmyra Atoll is almost due south of the Hawaiian Islands, roughly one-third of the way between Hawaii and American Samoa. The nearest continent is nearly 5,400 kilometers to the northeast. The atoll is 4.6 sq mi, and it is located in the equatorial Northern Pacific Ocean. (Map data: Google 2018)

Palmyra in the news

Other than Westfield resident Jesse Johnson’s archive on Palmyra, there hasn’t been much information on the atoll available to the public. However, some attention was brought to the atoll in 1974 after a San Diego couple was murdered there.

“A grisly murder happened there in the ‘70s and a lawyer wrote a book about it and there was a movie about it, so it got some press in the ’70s, but otherwise there wasn’t really much information,” Johnson said. “I’ve come across hundreds of items and instances that connect Palmyra to history and just a lot of fun and cool stuff people haven’t found because people haven’t been looking.”