You are at:Home»Current in Noblesville»Noblesville Cover Stories»Holiday grief: Mom shares story for those suffering loss during holiday season

This year marks the fifth holiday season that Ben and Amber Villars of Noblesville will be without their oldest son, Wayland.

Wayland died in August 2013 at age 4 after being diagnosed with diffuse intrinsic pontine glioma, or DIPG, an aggressive cancerous tumor on the brain stem. He died a year and a half after his diagnosis. He would have celebrated his 10th birthday Oct. 24.

Today, Amber is sharing her story with the hope of helping others this holiday season.

“Usually, strong emotions arise this time of year because it’s a time of gathering with your family and friends,” Amber said. “So, when a person you have loved is missing from your life, those feelings and traditions cause you to be more emotional about it, especially when the loss has been experienced around the holidays. That makes it even more painful and excruiciating.”

The Villars family experienced its first Christmas without Wayland just a few months after his death.

“The first holiday season without him was really tough,” Amber said. “For me, I didn’t get out any Christmas (decorations). I couldn’t even look because I couldn’t imagine pulling out his tree ornaments. That just seemed way too difficult for me and too much emotion to deal with when (the loss) was still so raw. We decided that it was OK if I didn’t decorate, it was OK if we didn’t go to the Christmas tree farm like we had in the past, and it was OK if took shortcuts. Our biggest thing was to just accept where we were at emotionally.” 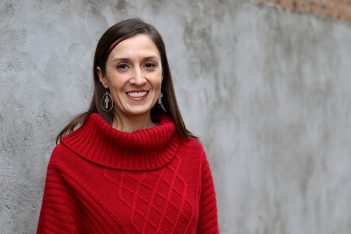 Amber Villars and her husband, Ben, created the Wayland Villars DIPG Foundation in 2015 after the death of their son, Wayland in 2013. (Photo by Sadie Hunter)

Amber said it was probably two or three years before she was ready to start letting family traditions come back into their lives, while also creating new ones.

“We had to accept that the holiday was going to be different and that was OK,” she said. “I didn’t need to make it the same, and we didn’t need to just muster through because it was right or what was always done. We’ve mingled back to pretty much all of our old traditions. We proudly put his stuff up now and accept that it’s usually going to be tearful. It’s sad, but I would say, because you live with it every day, time gives you the ability to allow the tears.”

Wayland was the Villars’ first child, followed by Amelia, who was 2 when Wayland died. Amelia is 7 today. The Villars also have a 2-year-old son, George, and an 9-month-old son, Vincent.

Amber said she encourages others to seek out community resources like counseling through hospitals and churches. One program, GriefShare, is offered in Noblesville at Our Lady of Grace Catholic Church every Wednesday at 6:30 p.m. The last session for the year is Dec. 19. Noblesville First United Methodist Church also hosts the program twice each year. The next 14-week session will start Jan. 13 from 4 to 6 p.m. at the church, 2051 Monument St.

TIPS FOR HANDLING GRIEF DURING THE HOLIDAYS

Kristen Boice said in addition to suffering grief from the loss of a loved one, depression and anxiety during the holiday season are common and on the rise.

Boice is a psychotherapist and the owner of Pathways to Healing Counseling in Noblesville. 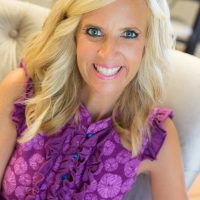 “Depression and anxiety are kind of on the increase in general, so typically during the holidays, we will see an influx of people struggling just to get up in the morning and find the joy in the day,” Boice said. “Grief looks different for different people. It doesn’t necessarily have to be the loss of a person. It can be the loss of a relationship, maybe a divorce, maybe your kids got married and aren’t able to come home for the holidays. We call that ambiguous loss.”

Boice said there are several tactical, real-life tips her office recommends for someone struggling with loss this time of year: