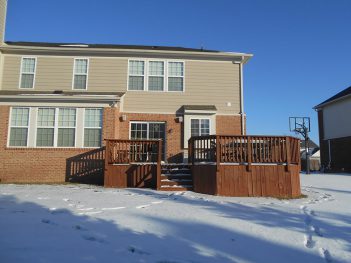 Background Info: This condo in the Olde Mill neighborhood of Northern Indianapolis was built in the late 80s and was a unique project. The homeowners owned two neighboring condos and wanted to create one space to have more room for visiting family and friends.

The neighboring condos were small and divided. There were two kitchens that were dated and felt dark and confined. The bathrooms had never been updated and lacked functionality. 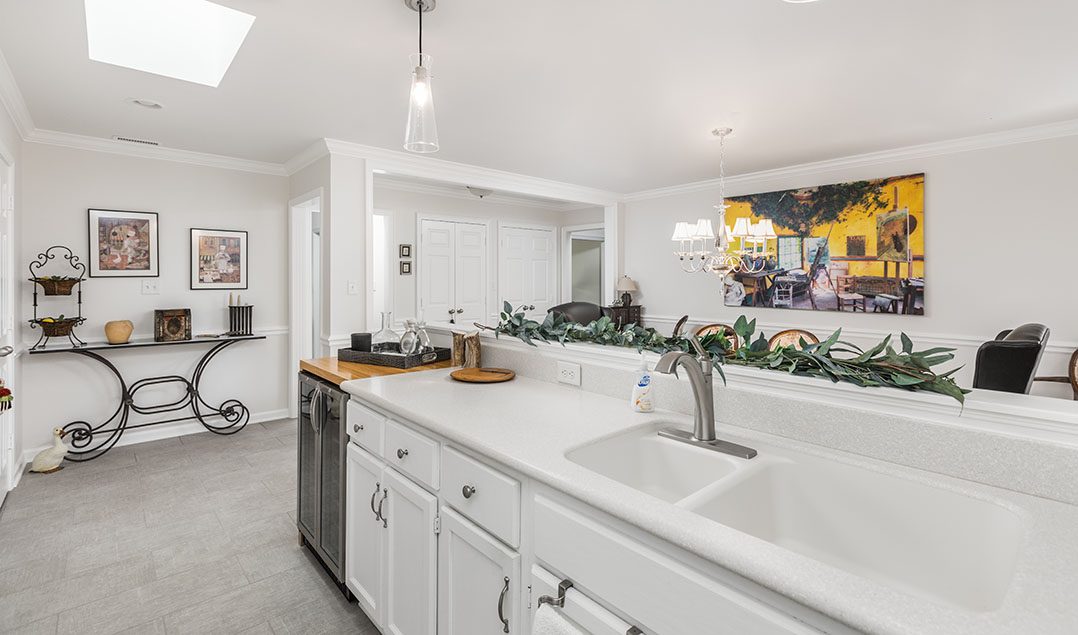 The goal was to take the two neighboring condos and create one cohesive and modernized home. 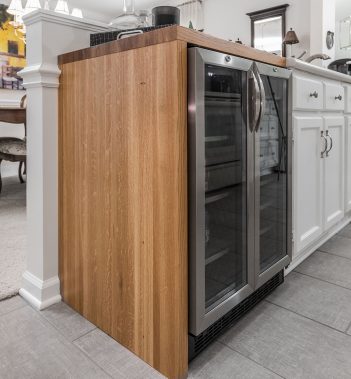 One of the largest changes was opening up the wall between one of the kitchens and the existing dining room. The change also allowed more natural light and ultimately made the kitchen feel larger.

The cabinets were updated and functional storage solutions were incorporated.

Countertops were replaced with quartz and a waterfall butcher block countertop was added around the wine fridge for a unique focal point.

The doorways to the hallway and dining area were expanded to create more of an open concept.

The project also included a second kitchen and multiple bathroom updates. Details on the rest of the project can be found in the next Blueprint for Improvement.