Parents across the U.S. have expressed concern about the amount of time their children spend with digital devices.

An eMarketer report, “US time spent with media,” shows adults surpassed the mark of spending more than 12 hours each day with electronic media in 2016, and that amount has increased during the past two years.

Multi-tasking duplicates the number, so an hour spent watching television while simultaneously working on a laptop is counted as two hours of media time.

“We’ve created a world where we think we have to be tied to (mobile devices) at all times,” said Jennifer Lang, a marriage and family therapist in Zionsville.

Through her work, Lang has observed children follow their parents’ actions and said she believes it can filter into the digital world.

“I think anything parents do, kids will follow their behaviors,” she said.

Lang said the use of technology can fill some children with anxiety and worry that they’re being left out. She also has observed increased anger associated with technology use in children as young as 2.

More than half of teens in the U.S. — 52 percent — reported that they and their parents spend too much time on mobile devices. Although 23 percent of parents say they try to cut back on mobile-device use, more than two-thirds still check their devices hourly.

Zionsville seventh grader Margot Martin feels that some students and adults may be addicted to technology use, but also believes she probably spends more time than others online.

During lunch, she sometimes plays card games with friends instead of looking at their mobile phones.

“Then we can actually connect,” she said.

Similarly, she appreciates a device-free dinner-time rule at home, giving her family a chance to spend quality time together.

Setting boundaries can help, whether it’s device-free family time or a central charging station for all electronics in the evening.

Zionsville resident and Eleanor Skillen School Principal Sarah Zack said she employs those two strategies in her home. At school, she says some students appear exhausted because, according to their parents, they have had too much screen time.

Zack suggests putting devices away an hour before bedtime or not having technology available in bedrooms at all.

“I recommend, for parents, that technology is out of the bedroom,” she said.

Zack follows her own advice of avoiding using her phone during dinner and other family times but understands the challenge of practicing the same rules as a parent while also having a job that requires her to be easily accessible.

Accessibility is a challenge identified in a 2016 qualitative study by the University of Michigan. Parents in the study reported that technology allows them to work from home and offers an outlet from the stress of parenting. But the challenges can sometimes outweigh the benefits.

Some parents in the study reported a trickle-down emotional effect from using technology, including a negative impact on communication with their children.

The researchers also observed that parents using mobile devices had fewer verbal and nonverbal interactions with their children.

Making some changes can help the entire family.

“We don’t have to have instant communication,” Lang said. “If (the device) is not nearby, you don’t know that you’re getting dinged for work.” 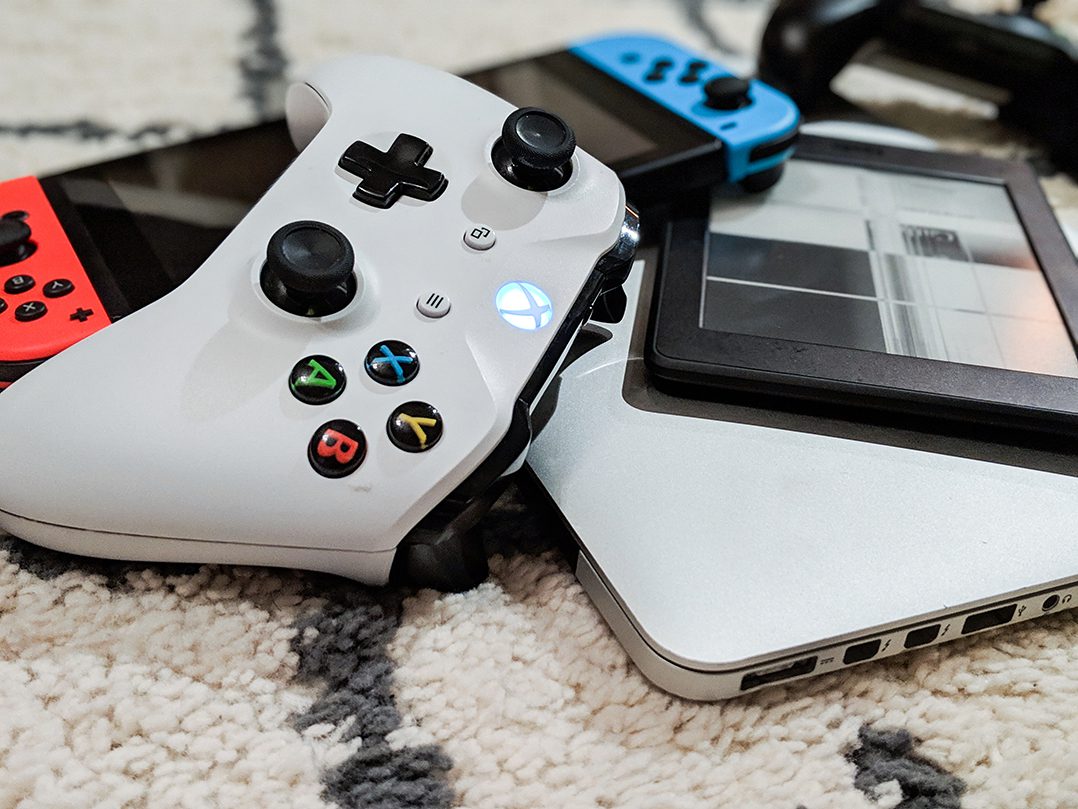 • 78 percent of teens report checking their devices at least hourly

• 69 percent of parents report checking their devices at least hourly

• 50 percent of teens report feeling addicted to their mobile devices

• 28 percent of teens feel their parents are addicted to technology