The 19-year Westfield resident recently announced he is seeking to retain his at-large seat in the 2019 primary elections. 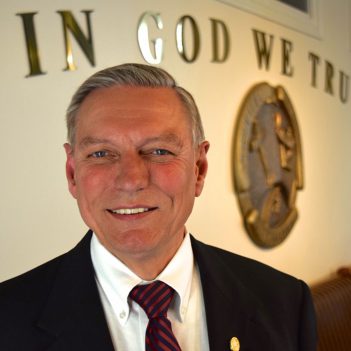 Since he took office in 2012, Ake has played a part in the completion of Grand Park, the restaurant row development on Park Street, the planning and development of the Grand Junction Park and Plaza and infrastructure and project improvements on Ind. 32 and U.S. 31.

““I love Westfield. It’s been a pleasure serving the residents. I want to continue the progress we’ve made as a council,” Ake stated in a press release. “There are so many opportunities for residents and business owners across the city from arts to economic development. I look forward to speaking with residents in the coming months about their priorities.”

Ake lives in Westfield with his wife Mary. The couple has two sons. Ake has spent his career as a business owner and a high-level sales executive. He attends St. Luke’s United Methodist Church. He was involved with the inception of the Westfield Youth Assistance Program; is a past president of the Westfield Community Development Corp. and the Westfield-Washington Township Public Safety Building Corp.; is a member of Westfield CERT; has chaired the Westfield WeCAN Trash and Recycling Committee; has served as the president of a 1,200-resident subdivision; and he is an active member of the Rotary Club of Westfield, where he serves as the club’s foundation chairman.